Both my parents played sports when they were growing up. I loved hearing my mom’s memories of long summer days on the baseball field when playing for fun was the only expectation, win or lose. My three siblings and I also play sports, in hopes of recreating the “good old days,” but during our many seasons of baseball, soccer and basketball, we have never experienced anything like my parents’ memories. Screaming parents, coaches throwing clipboards and crying players are all too common in recreational competition. The hobby of organized youth sports is now a life-dominating obsession controlled by parents and coaches. Eight-year-old kids are expected to do well in an uncompromising environment where winning equals success. How can any kid be expected to enjoy sports?

A few years ago, my brother was playing baseball on a team with eight and nine-year-olds. One of his teammates was a strong pitcher whose father was the assistant coach. Every game, he would pitch with his father coaching him from the sidelines. The kid was under a lot of pressure from his parents, who attended every game and practice. Several times, he would start crying when he threw a bad pitch. His father would push him until he stopped crying. This father became so controlling that his son appeared to be suffering. Many parents have forgotten that sports are an important part of a child’s health and social development. Sports are a form of exercise and a place to make friends.

The following year, my brother played in another league. He came home from his first practice very excited about the season and the Gatorade his coach had given him after practice. By the middle of the season, however, the atmosphere had changed. The practices grew longer, sometimes lasting four hours. The games become so tense that silence overwhelmed the dugout. When the team won one game on a technicality, the coach told the excited athletes that they didn’t really win, and proceeded to criticize each member, mentioning how they contributed to the “loss.” As a conclusion to their 40-minute meeting, he told the kids he didn’t want to see any smiles because they had really lost.

One of the contributing factors to the acceptance of these actions could be the overrated worth and importance of sports in our society. Recently, I had to miss basketball practice for an orthodontist appointment. When I explained why I wouldn’t be at practice, my coach told me to reschedule my appointments to the morning. In her opinion, I should miss school instead of basketball. I play basketball as a hobby and a fun way to stay in shape, not as a career option. In reality, success depends on academic achievements, rarely athletic accomplishments.

Parents and coaches are responsible for these drastic measures endured to have a winning record. They are also responsible for the outrageous actions that are currently considered the norm. The value of sports to any normal person has been grossly blown out of proportion. Less than five percent of child athletes will play in college, much less be good enough to pursue sports as a career.

Even if parents and coaches don’t change completely, there are some ways we could make sports a hobby again. One would be to censor parents’ and coaches’ behavior. Coaches need to realize that positive feedback, encouragement and cheering can be even more effective than criticism, punishment and yelling. Some desperate athletic leagues have resorted to silent games, where parents and coaches aren’t allowed to yell or cheer. Other teams require a course in appropriate behavior for coaches. Another issue is that not everyone thinks that the state of youth sports today is a problem. If all coaches and parents could acknowledge this, their awareness level could be raised. Doing just this could help make youth sports programs a hobby, not the life-consuming craze it has become.

The importance of sports has also been blown way out of proportion, but if we slowly authenticate the value of youth sports, academics would regain their true significance and youth sports could become a hobby once again. Hopefully, in a few years we can relive the age of our parents and make sports “just for fun.” 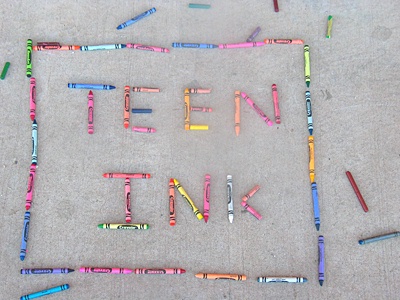