You can find running in the dictionary, of course. There's a definition there: “[ruh-ning] noun; the act of a person, animal, or thing that runs.” But it's not right. Maybe in the literal, scientific “can't see further than the end of your nose” sense. But not in our sense.

From a runner's point of view, the definition changes. I can give you the definition a runner would give, except it can't be written down. In fact, it can barely be spoken, only felt – in our souls, our feet, our legs, our minds. I can't give you the true definition of a runner, but I'll try.

Running is us. It's been us since the beginning of the human race. Trace back our lines as far as we go. Our ancestors, the first people on this earth, ran. Their survival depended on it. They ran from their enemies and after their prey. Then, it was run or be outrun. And, in a way, it still is.

If a runner were to truly tell you why she runs, if she were to pull an answer from the bottom of her heart, you wouldn't understand. Any attempt is futile. Running is a question that can't be answered, but it's a calling that can. It's a feeling you get, when you're anxious, or stressed, or happy, or just going through a roller coaster of emotions. That need, the insatiable thirst, beckons you.

A tingle runs up your spine, and it's like an electric current that is wired through your legs. It calls you. And there's no choice but to answer. No matter how miserable you are at the moment, how much you don't want to get up and drag yourself outside. You don't know what you want, but running does. And when you get up (and you do because you can't fight it) and run, you feel so much better. And it's a “I can't believe I didn't think of this in the first place” reaction.

To run is to truly know pain. The suffering your body, your muscles and bones feel, but your mind takes the brunt of it. This sport has to be the hardest on you, arguably physically, but, without a doubt, mentally. To run mile after mile in all conditions, it's a hard thing. You have to be strong, and train all your muscles, brain and heart included. You have to want it. You have to push aside that dread and despair and look to your next race and how what you're doing now will help. You have to flick away the little man on your shoulder. He will tell you to quit, but you have to ignore him and be strong. That darn little man is probably the best trainer you will ever have. Once you learn to fight him, once he's conquered, you are invincible and you can do anything.

Sleet, snow, rain, tornadoes, wind, heat, cold, ice, hail, lightning, thunder, drizzle – we're out there through it all. Toughness is hard to come by, but runners have it. It's like a chip implanted in our systems, that will to survive, dating back to our run-or-be-outrun days.

You've got to be tough to do this sport, or else you won't cut it. You will fail, greatly. But on the other side of the spectrum, if you are tough and you do want it, nothing can stop you. You can do anything. Keep tough; stay positive, the roads will always open for you. And when you run, you run. And you're free.

Running is not a definition you can find in a book. And it's not a definition that can ever be restated, but it's as close as I can get. You can't define it, only live it. If you are a runner, if you're one of us, running lives inside you. It's who we are. 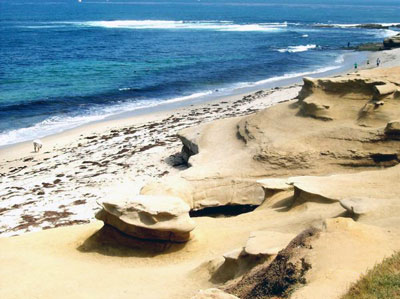 Favorite Quote:
"Your success is best measured by the talents you've been given."
~Anonymous

View profile
this was very well written and thought about! i am a runner and this pretty much sums up what all of the non-runners don't understand :) i am sharing this with my friends! i love this piece, keep writing!!!
Joegirl2418 GOLD said...
on Aug. 23 2009 at 10:34 pm
Joegirl2418 GOLD, Columbus, Ohio
16 articles 0 photos 15 comments
View profile
this is AMAZING. i'm a runner through and through, and you made the point exactly that there's no way to understand the way runners feel except to be one yourself. this is sooo inspiring, thank you so much. this is definitely going on my bulletin board... or something haha. good luck in all of your running =]