An (Introverted) Sidekick Next to, Behind, Under an (Extroverted) Hero | Teen Ink

An (Introverted) Sidekick Next to, Behind, Under an (Extroverted) Hero

My study of the English language began with prepositions: on top of, next to, behind, under. Then they developed into real sentences, phrases that I would conjure up in my head lying in bed, or while I was grudgingly practicing the piano. Valerie’s finger is on top of B-flat. Her mom is next to her watching. There is dust behind the piano and there is dust under it. These were facts: observations using prepositions and the basic rules of English grammar, much similar to the first books I started reading. “In the light of the moon, a little egg lay on a leaf,” I would read from The Very Hungry Caterpillar, in an almost mantra-like manner, “out of the egg came a tiny and very hungry caterpillar.” I remembered these prepositions, repeating them in my head when I was lying in bed or grudgingly practicing the piano. On a leaf. He stayed inside. He built a cocoon around himself. He built a cocoon around himself.


As an only child, it was no surprise that I would eventually build a cocoon around myself--what was surprising, however, was that the cocoon would be made out of books. I’d stay inside, preferring to read rather than socialize with others. As a result, my life consisted of only the English language in print form. (Valerie is always on her bed reading. Where’s Valerie? Oh, she’s next to the piano, reading. Behind the couch, reading. Under the blankets, reading.) I didn’t talk much, preferring to interact with my books instead. (What’s up, Harry? Nothing much. Just saving the wizarding world again. How about you?)


The characters I usually read about in my novels were brave, heroic, but most of all, they were unspeakably loud. They spoke volumes with their words, they stood on podiums and yelled declarations of war, they made heartwarming speeches. As time passed and I gradually became aware of my own “quiet” nature, those characters became enemies to me, accosting me through the pages. Even the very hungry caterpillar had to come out of his cocoon, they seemed to say, so why won’t you? Why wouldn’t I? Simple question. I had no idea. My entrance to the outside world was a forced one, but it also made me realize what I had been missing all along. The girl is on the couch watching TV. Next to her is a bag of Doritos. Behind the bag of Doritos is the remote. Under the remote is the girl’s Calculus homework. (Unfinished, as is always the case.)


It became increasingly clear that my characters weren’t lying in a book somewhere, they were here, ready for me to see and feel and experience. And they talked too, with high voices and low ones, with resonance and tonality. Some had quiet voices, others had loud ones. It was here I learned the second form of the English language--the vocal kind.


My love of the outside world was what sparked my desire to write. And when I finally did, my protagonist was brave and strong; she stood on a podium and yelled, she made heartwarming speeches to a devoted audience. She raised her hand when she had something meaningful to say. She was at once fierce and dedicated, yet quiet and reserved. She was a butterfly, beautiful and powerfully quiet. I imagined what others would say about her: she’s always on top of things. Next to the word “hero” in the dictionary, you’ll find her name. Behind her are those that support her. Under her are the people who listen.


When all of this came out on paper, I wasn’t surprised. Of course she would possess all of these qualities--she was a hero. She was an introvert. 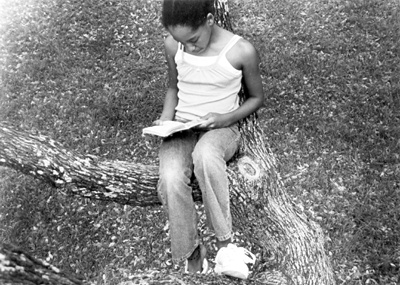 I wrote this piece because I wanted to express my own introverted nature, in hopes that other introverts would be able to relate and see that they're their own heroes too.

Favorite Quote:
Humanity can know peace only when the power of love overcomes the love of power

View profile
This is so meaningful and relatable...your writing style is intriguing!