On the Job | Teen Ink

On the Job MAG

As the sun began to creep over the trees, I walked along the cement path to the pool. Approaching the office, I began both to see and smell the thick mass of curling cigarette smoke from under the door. For some, this aura might be unpleasant but to me it felt like the arrival of a new paycheck.

Working at the pool isn’t what most people call glamorous, but it pays just enough for midnight ice-cream runs and videogames, not to mention a chance to avoid parental debt.

“Good morning, sweet pea,” said a raspy, nicotine-plagued female voice. As my boss lectured me on the importance of sunscreen and the disappearance of soda from the company fridge, I grabbed my paycheck and opened it.

“Sixty-four dollars?” I bellowed, disgusted. Ignoring my outburst, she stopped her rant and gave me my first assignment of the day.

“Oh, Will, you might want to clean the pool right away before the early swimmers. It seems we have some sort of dead animal moseying about the lap pool.” Semi-comatose, I grabbed the net and got to work.

In some ways, that morning resembled the dead raccoon I found in the pool: slow-moving, lifeless, and smelly. Later, I climbed on the stand for the first wave of lap swimmers who are like polar bears in both size and attitude with one important difference: polar bears aren’t as mean. A lifeguard wearing a tuxedo could spread a red carpet to the pool while showering the patrons in numerous currencies and only get a growl in return. Obviously, this is because all teenagers are inherently evil and never stop plotting the world’s end. And yet, I endured, if only because I strived for a triple-digit paycheck, something I hadn’t received in two months.

By lunch, I was exhausted. A human being can only take so many toddlers’ splashes to the face and swarms of vampire mosquitoes. I finally retreated to my 15-minute break and a bologna sandwich with my name on it.

“Nine hours to go. I’ve got this,” I said aloud. My boss answered this optimistic view with a report on the overflowing toilet bowl in the men’s bathroom. Plunging and nose-pinching ensued.

Seven more hours went by, as well as a measly hour of cumulative break. My body was there, but my mind had left at 4 o’clock. At this point, I was just going through the motions.

At seven, it was time for dinner. My mother had told me a plate of lasagna would be waiting on top of the company fridge. Apparently something had gone awry, since my coveted supper was in a fellow guard’s stomach. “Sorry, man,” was all he could say. That’s when I thought, for the first time, that perhaps those early lap swimmers were right about teenagers.

At eight, I only had one hour left. My final task was to lower the enormous umbrellas, something that should have taken four minutes. Slowly cranking the towering apparatus, I heard a noise. Too tired to care, I continued. My laziness was rewarded when the 15-foot tall metal bar crashed down on my head. I woke up lying in the grass with concerned patrons crouching around me.

“Looks like you bonked your head,” one of them chirped.

At last, I was finished. As I walked down the driveway, my boss pulled up next to me.

“Will, sweetie, I’m going to have to ask you to come in tomorrow to fix that umbrella. Okay? It’ll be just as fun as it was today!” 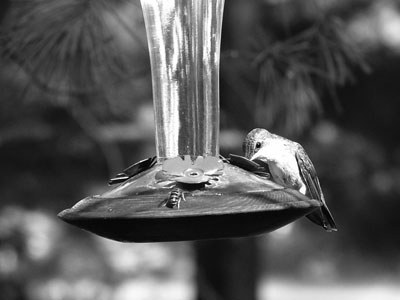 Favorite Quote:
"Be the change you wish to see in the world"
"Its not what you look at that matters, what matters is how you see it."
"Maybe some women werent meant to be tamed. Maybe they are supposted to run wild until they find someone just as wild to run with"

View profile
Did all of this really happen to you? That's crazy! She made you fix it after getting knocked out?! Anyways, great story. Keep it up!