Favorite Quote:
"A cup of tea would restore my normality" -Douglas Adams

At the Camp I work at over the summer, I was discriminated against. Not just me, but a group of my fellow Counselors-In-Training. For those of you who aren't familiar with the job description of a CIT is, it is to do whatever you are told, and whatever needs to be done. The main word when describing CITs is Incompetent. This word coupled with CIT was so commonplace, much harsher things were said.

Some CITs were deserving of these tags so to speak. They were usually late, always complained, and barely listened. This kind of stuff could put the campers in danger. The CITs who also skip their jobs to sleep, and to eat in their cabin, gain the tags and titles of "Do not rehire". These CITs gave us other CITs a bad name.

I was in the group of the competent CITs. We would do the work, with a few grumbles here and there, and would try to fit into this new land of camp. The atmosphere there is different than anywhere else. It's very close knit, and if you mess up, everyone will know by dinner. The thing I want to say though, is that discrimination isn't all bad.

The discrimination I was putting up with was a healthy kind. It pushed me to do better. People noticed that, and people were befriending me based on the amount of work I did, and the way I did it. It was awesome. To think that people relied on me and the others like me, was incredible.

Being discriminated against can be a bad thing, in severe cases. If I wasn't allowed to do things that others my age are doing because of my status, not because of me, then it would start to get a little overboard. Discrimination is sometimes a helper than a negative force. The will to get over that and be a better person, made me who I am, and I wouldn't be doing the newer CITs a favor, if I didn't join in the name calling and belittling. It's because I care. 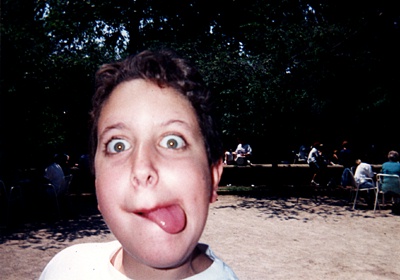