Parents force their kids to do numerous things for many reasons. Kids are forced to eat their vegetables, go outside, socially interact, study, and so on. Well, I was forced to join an FLL robotics team. Now, usually you spend months preparing to perform at the tournament and you expect yourself to do well, right? Except, I knew we were never going to succeed from the get-go.

It was during the 2017-2018 season when the Lego Legends came together for the first time. We all signed up for this competition called First Lego League, or FLL for short. FLL is a life-changing competition split into three parts, the project, core values, and the robot. The project every year is a new topic given by FLL “higher-ups” and we need to research a problem related to that topic and come up with a solution. The core values aspect is how well we work together as a team and is like a spirit award. Finally, the robot. This is the part where we build a robot made out of special lego parts and a hardware called an EV3. We build the robot and attachments that go on it so it can accomplish certain tasks.

Our team, Saran, Sarvesh, Parv, Anvit, Shruthi, Sanvi, Harshal, and Shravya, the Lego Legends, went on many field trips and poured so much time and effort into this tournament. However, we all had one thing in common: this wasn’t our best.

It was the day of the tournament, and we were more nervous than a parent on Halloween night. We were in our pit, preparing for the contest when our head coach, aka my dad, asked us: “How are you feeling, ready to win?”

There were some upbeat “yeah” and some “of course”, but inside, we were all feeling the same thing: we were outmatched, outclassed, and were about to get outperformed. This wasn’t a result of under-preparedness, it's just that we didn't have that Will of Fire in our hearts that made us want this more than anything else in the world.

Finally, after a struggle even greater than that of the Odyssey, it was time for the awards ceremony. While other teams, especially those so-perfect-I-want-to-pull-their-hair-out Robo Rangers, are already celebrating and posting on their social media stories, we were practically slumping towards the ceremony like possessed zombies. By that point, even the parents were having a hard time keeping a cheerful expression.

Some might say life is a predetermined destiny derived from the whims of some being beyond our comprehension. But in the end, the result stays the same, whether we like it or not, and we must keep moving like gears in a machine.

We went home in silence.

That's when it clicked.

Without even a nudge from the parents, we turned the team around. We made this about us together working towards a united goal. Even though we had to start from scratch. Even though some people betrayed us and left. There were positives. We got a clean slate, a new teammate, and a newfound eagerness to prepare, compete, and win.

This time we worked more in sync and as one than a pair of conjoined twins. We spent a multitude of hours going on field trips and meeting experts as part of our project and even got a patent pending for our solution, the REZKI. Not only that, our robot, Thanos Jr., was in every way better than our robot last year, and with him as our mascot, we were ready, for it was yet again the day of the regional tournament.

This time everything felt different. I knew from the moment I saw the familiar Lakota East Thunderhawks plastered on the wall and the feeling of nerves in the air. But this time we wouldn’t falter, we showed compassion and composure throughout the tournament and when it came to the awards ceremony, we were glued to the edges of our seats, waiting for the fateful Reaping. The wait was an eternity, every second stretching out into a millennia. They were onto the last team that would move on and our team was not yet called.

“Now for the winners of the tournament, and the final team to move on, with their patent-pending solution and out-of-this-world robot, team 31251: the Lego Legends!”

Our team got called.

We were ecstatic, our faces resembling the joy of die-hard soccer fans when their team wins the world cup. Even though it was one tournament, even though there is still much to do for districts, even though we might not get past districts, at that moment, nothing else mattered.

It was that feeling of accomplishment that helped carry our momentum to the next level, the district tournament. This time we felt completely in the zone and performed better than ever. We breezed through the tournament and we not only moved on, but also won two awards. The next step? The FLL 2018-2019 Ohio State Tournament.

It was the day of the Ohio state tournament and we didn’t feel much different. We felt cool, calm, and collected, ready for the uphill battle to come. We gave it our all until there was nothing left to give. Knowing that, we were not too depressed that we didn’t move on, especially when we won an award. We won an award against the best teams in all of Ohio, that's no small feat in my eyes.

Looking back, we as the team are the ones who turned it around. Our attitude towards FLL as a whole changed and that is what led to our sudden improvement. We learned from our past failures and used that to fuel our success. Nothing in this world comes easy, nothing will be handed to you, you are the one who has to go out and take it. Even though we didn’t compete again next year. Even though we were let down and couldn’t compete in the national championship. Even though the team fell apart. That year, with all its ups and downs, will stick with us forever as the year we showed the world that the Lego Legends were nothing to be scoffed at. Thinking about it, we were a ragtag volunteer army that somehow defeated a global superpower. We went from being a Charmander to a Charizard.

I guess it really was our efficacious evolution. 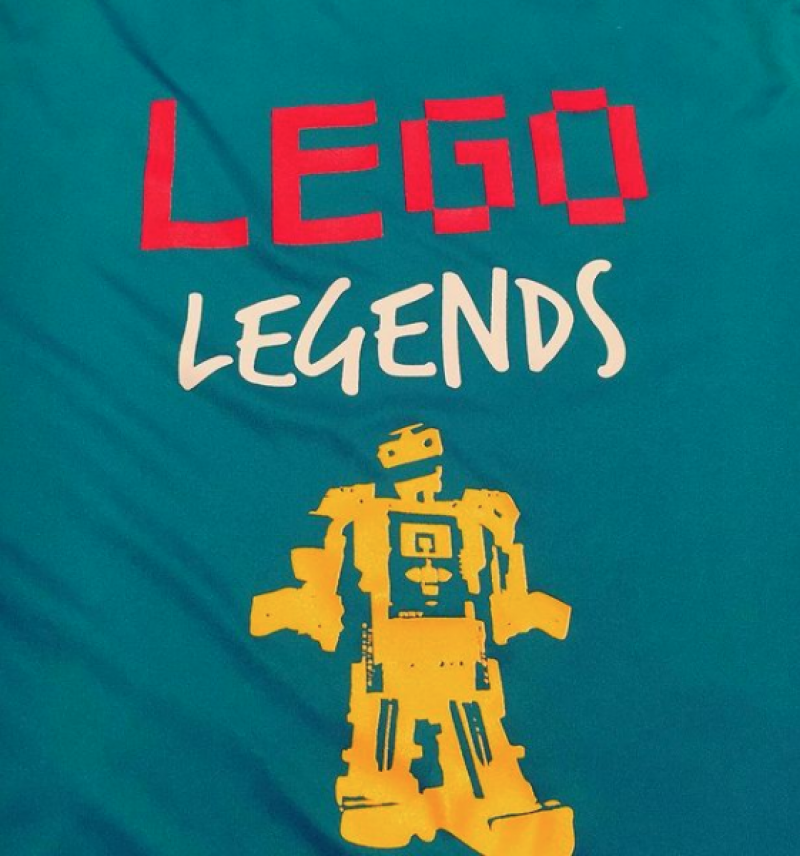 I was inspired by how much I changed as a result of my experience with FLL and what happened those two years. I wanted to share this story with others to get a message across that I myself learned: Nothing in this world comes easy, nothing will be handed to you, you are the one who has to go out and take it.

Parthav Gavini was born in India but grew up in Ohio with a keen interest in reading to answer his mind's endless questions. Now, he is a student at William Mason High School with the dream of one day becoming a doctor. He loves to try new things and when he is not busy, he is almost always with his friends and family.

Favorite Quote:
Be optimistic dont you be a grumpy when the road gets bumpy just smile smile smile dont wear a frown its never in style be optimistic and smile! - Anywhere But Here