An Outsider Living in a Bubble | Teen Ink

An Outsider Living in a Bubble MAG

"You are a terrorist!” the white, well-dressed little girls screamed. My cheeks bright red, I sheepishly shoved my traditional Arabic lunch back into my bag at lightning speed. I was mortified as giggling girls in my predominantly white kindergarten class plugged their noses, complaining of my “disgustingly smelly food” and dimwitted Arab nature. To them, a petite, young, brown-haired girl – a broad three feet, nine inches and whopping 46 pounds, wearing Bermuda shorts and a tank top – seemed deathly threatening. Confused by my full lunch when I returned home that night, my mom asked if there was something wrong with her cooking. I proclaimed that I only wanted “American food” from there on out. I painstakingly choked down peanut butter and jelly sandwiches for the rest of the year and wore trendy clothes from Justice – which in my opinion were hideous.

I not only attempted to hide my culture and appear as “American” as possible, but saw it as a source of embarrassment. Growing up with two traditional, Catholic Arab parents, I felt like a black sheep in society. And also in my family. Their strict parenting styles juxtaposed the lax ways my friends were raised, never allowing me to have sleepovers, cross the street by myself, or stay out past curfew. This feeling of being trapped and ashamed of my family and my culture continued for years. My parents began to notice that I stopped inviting them to school events or bringing friends home for fear of being affiliated with their full, rich, accent-thick, loud voices.

This was more than a decade ago; I was just an innocent little girl struggling with my identity, not knowing the reasons for such hatred. It was in the screams of my fellow peers that I first began to know the unwieldy inheritance I’d come into – the ability to broaden the tunnel vision ideals of my culture. It was clear the inherently white little girls equated themselves with victims in the presence of a gunman, a killer, or worse. My self-esteem was suffering; I was stalking sleep. I would stay up throughout the night crying and anxiously worrying about the next day. Who would include me at lunch without being judged? I felt as delicate as a shadow, and being equated with a terrorist holding a gun and taking the lives of others made me feel humiliated and disgusted all at once. I felt that no one knew me at all. It was clear that I was an outcast within my community and in my school. As soon as I realized that I was perceived as this “terrorist” or “parasite” or “unwanted species,” I wanted to make a change.

My perspective shifted when my dad told me the poignant story of his journey leaving Syria. Seventeen years old and so poor his family could barely afford food, he felt determined to create a better life for himself. Finding opportunities in Syria limited and witnessing siblings living the same impoverished lifestyle as his parents, he went to the Syrian embassy six hours away to get a visa, and he was one of the few who received permission to leave. Leaving behind everything he knew, my dad went from not speaking a lick of English to becoming a successful engineer who provides for his three children and wife. This filled me with inexplicable pride in my father and culture. Ten years later, my first time away from my hometown, I traveled to Lebanon – the “Paris” of the Middle East. I took in the greenery, the food, the music, and the people … and I became thoroughly familiar with what it means to be an Arab, and also what it means to be in danger. In that time, traveling out of the country and experiencing life within my culture made me proud; yet the endless checkpoints and guards with guns bigger than myself broadened my real feelings of fright, of terror, of panic, of intimidation, and most of all, of death. During my stay, however, I grew accustomed to (but never comfortable with) being in a car. As crazy as it sounds, Lebanon has no traffic lights, no lanes, and roads made of dirt with potholes so dangerous that it can flip one’s lid. Then, there were the standard unpleasantries with the excessive poverty – bombed buildings, no efficient water systems, pollution, those who are ill, an ocean too contaminated to swim in. But worst of all, kids younger than me and deathly thin begging and banging on moving car doors asking for money to simply survive.

I think back to those kids often and vividly remember the pain on their faces. How people so youthful could find nothing but joy out of a few dollars. How this third-world country is so harsh that people are starving. How the opportunity in Lebanon is so faint, that we lose the faint of heart.

I realized that America only pays attention to superficial cultural nuances and ignores their specifics. Considering individual differences among members of my culture in America is often not acknowledged, and people’s narrow visions and one-sided point of views of the downsides of my culture are quickly associated with me. I am trapped in a two-dimensional frame – being called a terrorist and therefore becoming “un-American.” My dad, now a citizen of the United States, described this feeling of “not belonging” to American society.

Living in California all my life, I have always been judged. There will always be stories of conflict in the Middle East, in the media, on Twitter, and on the news. I understand, of course, the danger Americans perceive us to be. Yet, these one-sided stories are just a small glimpse of an entire culture, masking the pure beauty of what it can be. Yet, these truths are no solace against the kind of alienation that comes from being an accomplice, a murderer, a victim.

Over the years, I learned to smother the rage I felt at being taken for a terrorist. Not doing so would surely have led to insanity. I now take precautions. I have found my balance between retaining the way I was raised and intertwining it within the American society I live in. I do this to save myself. I am calm, congenial, and a spirited Arab American.

I know now that my race defines me as being different from Americans and other ethnicities. It was evident at an early age that my diverse background would lead me to a life of embracing my differences and helping others in need.

My parents are grateful to live in a free country. They constantly give back as a part of the “pay it forward” nature they were raised to have. In my culture, we have a phrase in Arabic, ahlan wa sahlan, which is the most endearing way of saying “you are always welcome.” In other words, “whatever is mine is yours.” It is this kind of hospitality that is rare to find nowadays, and is what truly sets me apart from the typical American culture.

Evidently, I was raised in the same way my parents were raised. I have grown to find joy and love in helping others, which is why I want to become a doctor. Growing up, I always felt different; however, now I realize my race and ethnicity are actually the foundation of who I am and who I want to become. I am glad to be different and would not want it any other way. Now, I no longer hide my culture. I embrace it and eagerly share it with others. A source of embarrassment became a tool for me to better connect with and inform others. 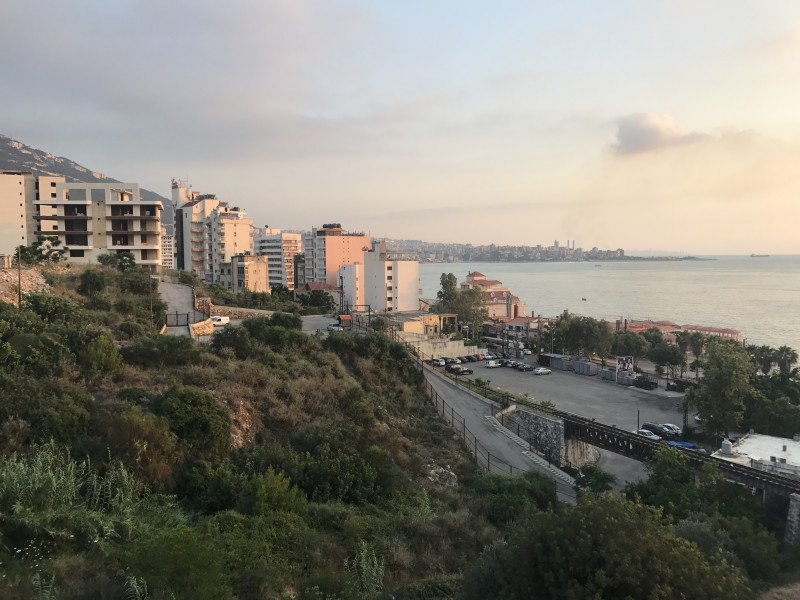