I remember riding in Amy’s van. Amy is my older sister. She is the oldest out of Kathy Jo, her and me. I am the youngest. We stopped at a little gas station. She unbuckled and turned down the radio. “Do you want a bag of chips or something?” she asked. I nodded my head and she jogged up to the store door.

I look into the back of the van. Nolan, her son, was at home with her second husband, Matt. Libby, her older daughter, was with her first husband, Ben. Finally, it was just Amy and I! I had only rode in the front seat once before, then Libby had started to complain. Mom and Amy said I had to set an example. From then on, I had to ride in the back with Libby and Nolan. That made this a special memory.

Amy walked out of the store with a pack of cigarettes, two bags of chips and two ale8s. I was nine and only handed one drink of the stuff. She handed me the drink and a bag of Cheese It’s. Of course, my 27 year old sister already knew what kind of chips I wanted. She gave me her, I’m-the-best-big-sister smile and said, “Mom don’t have to know.” Our mom didn’t like me drinking ale8. Mostly because it was supposed to ruin your liver or something.

This happened some time in the summer of 2006. The song “When I get Where I’m Goin” by Brad Paisley, came on the radio. Her beautiful, comforting, trusting eyes watered. She told me she wanted that song played at her funeral. I told her ok and shrugged it off.

On April 29th, 2009, I lost my sister. She was 31 when she died. She had two children, Elizabeth Ann and Nolan Monroe. Amaryllis Jane was everything to me. I loved her from day one of my life, any time I needed her in my life, she was always there. I didn’t know how lucky I was to have someone like that. Now all I want is for her to hug me and have a chance to tell her haw much I appreciated her and how much I love her. I never realized just how special our connection was. I feel like I never told her I loved her enough.

I made sure “When I get Where I’m Goin,” was played at her funeral. It felt like it was the last thing I could do for her. My biggest regret is not telling her how much I cared. She never saw me sing in choir, she never saw me play a part in a real play, or been given a piece of hand made jewelry from me. I never did anything special for her. But she always told me she loved me and how proud she was of me. I know she knew I loved her, but I really wish I could tell her just how much.

I believe in telling people you care, always saying “I love you,” before you leave. You never know when it will be the last time you see them. You don’t know when the last time you’ll get to make a special memory with them. Sometimes life is all about that van ride. 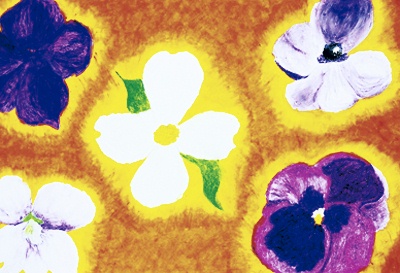 The author's comments:
god bless her soul. she was an amazing woman
Post a comment
Submit your own