My grandma, or Nana, taught me how to meditate when I was eight years old.

She lived right next to my elementary school, and I would often walk to her house after school. She would help me with homework, make me food — which was usually cornbread and chili — and teach me how to meditate.

After my stomach was full from her deliciously sweet cornbread, we would sit together on cozy circular cushions with our legs folded. She would always gently repeat, “In through the nose and out through the mouth. Count 10 breaths.” At first, I never enjoyed doing these breathing exercises with her, and would often complain about wanting to watch “Phineas and Ferb” or play checkers together instead. Her valiant efforts to get me to sit still and relax were vastly unsuccessful, but she would always somehow coax me back into trying again. I never took what she was trying to teach me very seriously, and would usually begin rocking back and forth or causing some other sort of disturbance — until one day. That day, I trudged over to her house, forcefully threw my backpack down, and sulked my way to her couch — where I slouched into a ball of resentment.

“I hate my teacher!” I shouted in response to my grandma asking if everything was OK.

My day had been horrible, so when my Nana brought up the idea of trying to meditate, I was not a fan. Eventually, I sat down, legs crossed on the welcoming cushion, and with my back straight as an arrow, I gently closed my eyes.

When we both fell quiet I couldn’t hear a sound, except for my grandma’s old alarm clock — tick tick tick.

As I internalized every soft breath that passed through my body to the gentle ticking in my ears, my ringing thoughts of my awful day disappeared and my mind became empty. When I opened my eyes, I was in a completely different headspace and felt recharged.

At that moment I finally understood how much power I can hold when I am in control of my own mind.

Mental health is one of the most overlooked aspects of human existence, and it is also one of the most important ones. Suicide affects families all across the world daily, and the suicide rates for young people are climbing every year. Anxiety and stress are becoming increasingly common among high schoolers all around the country. Even more so, it affects individuals of all ages, races, and ethnicities across the world. To find peace, humans must discover activities that produce relaxation or meditation.

My friend Noah’s dad first taught me how to surf when I was 10 years old. I went out on a board that was nearly twice the size of my body and in my old ripped wetsuit from the winter before. That first day, I couldn’t catch a single wave on my own, let alone stand up. Noah’s dad would help out by pushing me into waves, where I would frantically
paddle and eventually make an unsuccessful attempt at standing up. As I fell and splashed into the freezing cold water time and time again like a crash test dummy, I felt hopeless and never wanted to pick up a surfboard again.

Not until months later did I actually feel confident out in the water and began to revel in the beauty of it. Surfing throughout high school turned into a form of meditation for me, and showed me that any activity that rests and concentrates the mind can be someone’s personal meditation. From an outside point of view, surfing may seem to be the furthest thing from meditation.

To most people, the concept of meditation connotes sitting still, as opposed to engaging in an action — especially one as dangerous as surfing. Whether it’s an irrational fear of sharks, or a rational fear of rip currents, many think of surfing as a terrifying endeavor instead of a calming one. It is true that surfing has its alarming moments.

One time I tumbled off a wave, directly falling onto a sharp reef, and ended up with a huge blood-red gash on my leg. Another time, I was held under for nearly a minute, as set after set of angry waves crashed above me. The scariest thing that ever happened to me while surfing occurred when I quickly learned to never cut off a local old-timer in the water. I still remember him whipping his head of knotted gray dreadlocks around and violently screaming at me, “Get outta the
water if you’re gonna pull that sh*t.”

I quickly made it past these beginning challenges, and became aware of the beauty that occurred while I was out on the water waiting for waves. My favorite time of the day to go was in the morning before school. I would wake up at the crack of dawn and hop into the freezing cold water before it got busy with the everyday crowds. In the morning, there was never any wind, making the water glassy and calm like an untouched pond.

As I sat out in the middle of the ocean, practically alone, I felt as though I was on another planet. Waiting for waves bobbing up and down, my mind would go still. Sometimes I would lay on my back and look up, just enjoying the sounds of nothing except a wave rolling by every now and again. It didn’t matter if I had a biology test that day, or was stressed about applying for colleges. When I was out in the water, my mind was focused solely on the waves. I went out on the water most days before school and every time afterward, no matter how tired my arms were from paddling, my mind felt completely rested. While this may be viewed from the outside as being completely different from the mediation I conducted with my grandma in elementary school, the mental process is the exact same.

Now I live in Arizona. I was able to go surfing over winter break; but I don’t have the luxury of living five minutes away from the beach, and being able to go surfing everyday is a mere fantasy for me. Luckily, I am able to experience this same mental stress alleviation with other activities. Recently, the three main activities that reset my mental clock and put my day on the right track are running, lifting weights, and playing basketball. I try to fit the time in everyday to do one of these three activities; and in doing so, I receive the same mental meditative state that I did in high school while surfing. Even if my quads are burning from a sweaty sprint, or if my arms feel as if they are going to fall off from a ferocious lift, I always have a new grip on the day afterwards and my consciousness is rested.

While I truly believe that finding an activity that calms the mind is the key to mental strength and positivity, this may not look the same for everyone. My passions are largely physical ones. Surfing, working out, and playing basketball all are very physical activities that keep the body engaged as well as the mind. It is up to each and every one of us
to find out what hobby or enterprise naturally calms our own psyche. Discovering the powerful tool of meditation from my grandma at such a young age gave me the ability to utilize it throughout my other activities and passions in life, and truly see the positive impact that it has. 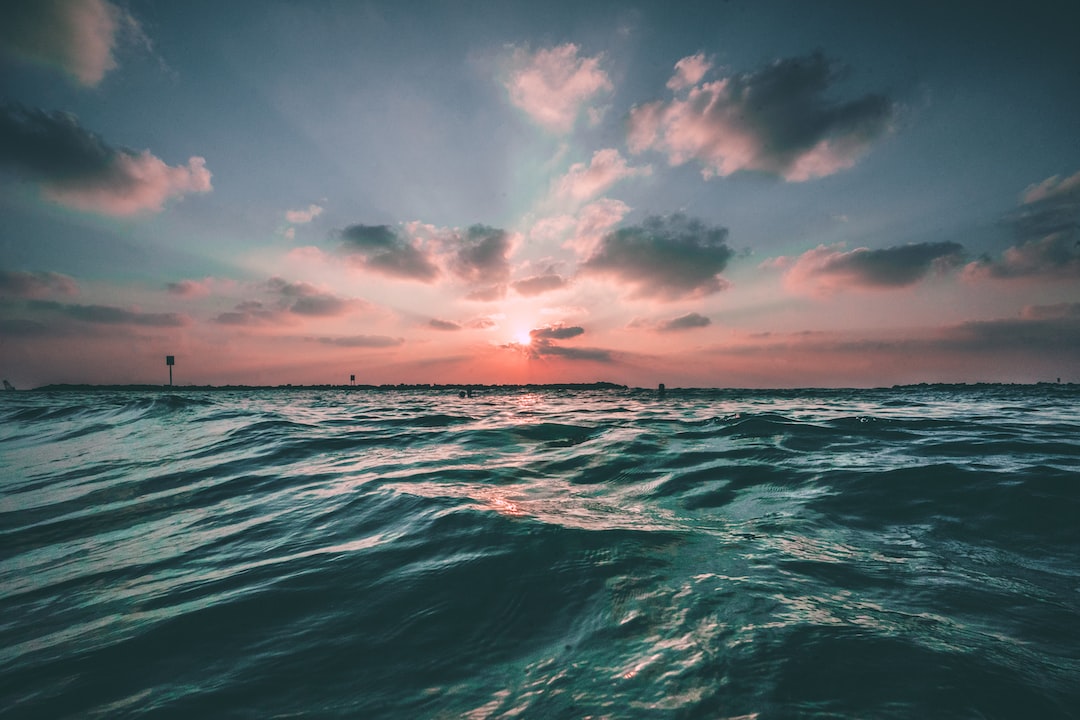 Photo by Joseph Barrientos on Unsplash