I had my first panic attack on the Italian countryside, I was 13 years old, so anxiety came right on schedule. My anxiety came differently though. Instead of being self-conscious, or afraid of people judging me—don’t worry, that comes later—I had an acute fear of me, or loved ones getting hurt. Now, let me set the scene. My family and I had taken a trip to Italy’s most picturesque island, Positano. There were these beautiful winding roads that snaked up and down mountains that stretched up as tall as the eye could see. My family insisted on taking a Fiat up the mountain driven by a local, on a tiny road, with no guard rail, cool. It was cool at first, looking at all the beautiful landscapes. It looked like something out of a Disney motion picture. We crept up the mountain, slowly at first, but then this old Italian man decided it would be a good idea to rev the engine and gun it up the mountain. 30 seconds into his joy ride, he picks up a call. This man whom we’ve never met before is now screaming at someone on the other end of the phone while swerving in and out of his lane. He kept looking back at us, then shouting for a few more seconds into the phone. “He’s trying to kill us,” I thought. We’re a vulnerable looking family of Jews, he is a suicide bomber, without the bomb, and we are going to plunge off the mountain into our timely death. Suddenly, I was unable to breathe. The car was getting smaller and smaller. “Is this how it feels before you die? “I think it is.” “Oh no.” If I was gonna go down, at least I was gonna do it with a group of pretty snazzy looking Jews. snazzy jews, is we get out of this alive I'm writing a sitcom and titling it that. “Stop the car!” I shouted. “Please stop the car” After a moment of hesitation, the driver ferociously turned the steering wheel to the right, throwing us onto the person next to us. The car was stopped, we were safe. I raced out and caught a breath of fresh air. “What was that?” I exclaimed as if wanting to have the heavens open up and some supernatural being come down and give me an intellectual response. My stepmom came up behind me and said: “I think you just had your first panic attack, Welcome to being a teenager!” I took a deep breath and let out a sigh that could’ve made trees tremble. I got back in the car and rethought this whole growing up thing. 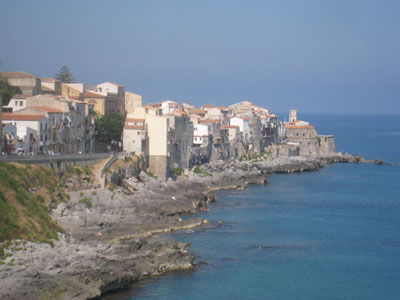 This is a flash fiction piece about my first panic attack on the side of a mountain in the most beautiful place I'd ever seen. To me, this experience was a pretty distinct marker of my passing from childhood, to teenagedom.