The coveted achievement in a round of golf is a hole-in-one. An ace. Golf is a sport concentration, practice and execution; and more time than not, luck.

Tom Sorenson, 44, has been an avid golfer since he was born. He has traveled to Ireland, Arizona and Florida to play golf, but he has never hit a hole-in-one. On October 4th, 2008, Tom shot his ace.
Tom and seven others arranged tee times the morning before the Wisconsin versus Ohio State football game. The Legend at Burgamont is located south of Madisonâ€”a convenient location for a pre-game round. “It was a beautiful sunny day,” Tom said.
Tom’s goal was to break 80 strokes for the round. He was shooting a 72 by the time his party reached the 17th tee box. The 17th hole is a 157 yard par 3 with water on the right and a beech on the left.
Tom was the second off the tee. “I hit it really, really, well. Nice and high,” Tom said.
The hole was facing to the South. The ball was lost in the glare from the sun and the final resting place was uncertain. The golfers used a distance laser to look for Tom’s ball. There was a ball mark past the hole but no sign of the ball. “My ball was not on the green,” said Tom.
The final two golfers hit their shots, and everyone approached the green. Two of his fellow golfers were in a cart and reached the green first. After slight glance in the cup, the two continued to the back of the green in search of Tom’s ball. The two golfers started conversing amongst themselves as Tom walked up to the Green. Tom grew suspicious and looked in the cup for himself.
“I looked in the cup and there it wasâ€”my golf ball,” Tom said. After a round of high-fives, the foursome continued to the next hole.
A double-bogey on the following hole would break his goal of 80. Tom scored par and ended his day with a “77 and an ace”.
“I was pretty fired up,” Tom said. “It was my first hole-in-one.”
Tom celebrated his achievement on the course with a few rounds in the clubhouse. He bought rounds for his fellow golfers. “I gladly spent $50 on beverages,” Tom said. “I was rather jocular for the remainder of the night.” 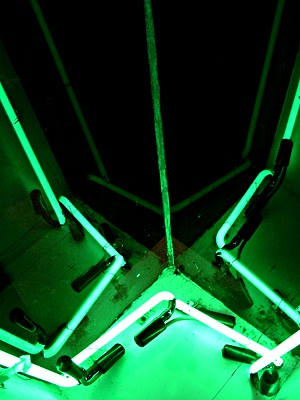