Brian Green has played for many popular artists such as Michael Bublé and David Foster, as well as his own band Montë Mar. Just recently added to his bio is being the newest guitarist for David Archuleta.

Out of all the members of David’s new band, it’s safe to say that the one we unfortunately know the least about is Brian. So now here’s your chance to learn a little about him as he talks about his music interests, past gigs, pre-show rituals and his reaction when he found out he would now be playing with David Archuleta.


1. When did you start playing the guitar?

2. What made you choose the guitar?
(To answer questions 1 and 2) I started playing guitar when I was eight years old. My dad plays as well (not professionally) so there were guitars around the house, which must have intrigued me from a young age. I also had a crush on a girl who played guitar and I figured that it could be my in.

3. What kind of music do you listen to? What other artists are you into?
I cast a wide net with the music I listen to and draw from many genres and moods. Here are a few of my all time favorites and artists that I am currently listening to: Deerhunter, Rufus Wainwright, The Beatles (of course), Fleetwood Mac, Johnny Marr, The Beach Boys, Radiohead, Bjork, Milton Nascimento, Brad Mehldau.

4. What was your first reaction when you found out you’d be getting to be a part of David Archuleta’s band?
I was really excited upon hearing the news that I would be playing with David! I always thought he had a terrific voice and presence to him.

5. What other gigs have you had before playing for David?
Some of the other artists I have played guitar for in the past include Michael Buble, Jessie Baylin, Julianna Raye (opening for Rufus Wainwright), Andrea Bocelli and David Foster.

6. The Archie fans have tagged you guys as the “Archuband”. What do you think of the response from the fans ever since you started playing for David?
What a great network of fans you all are. Everybody has been very welcoming and supportive. Thanks everybody!

7. So far you’ve done two shows with David, one acoustic and one with the full band. Which do you prefer?
I like playing acoustic shows but prefer playing with the band. Those guys are all killer musicians and great people to hang out with, so it makes the show a bit more lively for me.

8. What prepares you for each show? Any pre-performance rituals?
Pre show rituals, oh gosh... I'm pretty low maintenance and try and stay relaxed and positive before shows. I'm happy with a quiet room to unwind in and if Pringles (BBQ or original flavor) happen to be in that room, you are guaranteed a good show out of me.

9. When I interviewed Steven he said you do an “awesome guitar riff” during Elevator. What are some of your favorite songs to play with this new band?
Ahhhh, lets see. The competition for my favorite song to play with David would be between Crush, Complain, and a great cover we started doing of "Everybody Wants to Rule the World" by Tears for Fears. I also love watching the other band members tear it up on "Gotta Get Through This". I think that Ben and Steven melted some faces during our last show.

10. What are some of your hobbies when you’re not doing music?
I love to surf, hike, travel, read and be around my friends who I can laugh with.

11. Where can people catch up with you? Website? Facebook?
The best place to keep up with me and what I'm doing is through my band website: www.montemarmusic.com. I put up blogs, music, shows, and everything I'm up to on there including links to twitter and facebook so you know what I'm up to.


We look forward to seeing a lot more of Brian in his band and also during the summer concerts with David Archuleta in Asia. I want to thank Brian for an awesome interview and we can’t wait to see what the future holds! 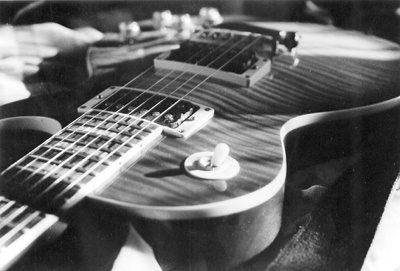 The author's comments:
Big thanks to Brian for doing this with me! it's was great learning more about him and I can't wait to see him play with David Archuleta!
Post a comment
Submit your own