AusiRecords’ newbie, The Diamond Deff, is an upbeat fivesome that hails to us from society. They aren’t your typical sugar-coated pop band, but instead they have genuine lyrics that tell a story. Forming in 2008, they quickly caught the attention of AusiRecords and joined their team by August 2010. Their combination of both female and male vocals gives them a unique sound that has caught the attention of many fans, even just in their short duration as a band.

I had the chance to interview Neloh Campos, bassist for the band, and we discussed everything from The Hills, the new album to…. snuggies! Check it out!

(...)
Were you all big AusiRecords fans before you got signed?
Yes!

How’s the work on the new album coming along? Are you almost finished?
Our EP is in its writing stage and its been really exciting seeing it morph together! we start recording in February :)

What do you all like to do when you’re not touring/recording?
We’re constantly together hanging out…mostly eating.

If you were crashed on a disserted island and only three albums
survived on your iPod, what would you hope they’d be?
Jimmy Eat World-Bleed America, Starting Line- direction, and Circa Survive- on letting go

Seems the band is often compared to Paramore. Do you think it’s
because you both have female vocalists in all male bands- or do you think you have similar sounds?
I think there is some similarities, but i think people have more fun
comparing female singers than anything. haha its all good though.

Who designs your shirts? I love the owl logo!
AusiRecords had someone design the owl..but our other designs have come
from all over, i honestly cant remember :/ sorry designers!!!

What can we expect from The Diamond Deff in the future? Any new videos coming out soon from the new album?
so much is to come! a few tours this winter/spring.. Album ...
im stoked! 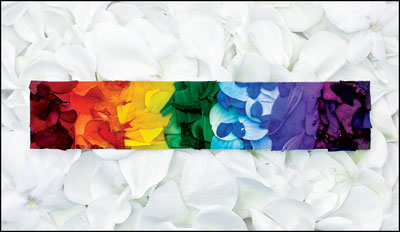