Have you ever heard of Dakota Fanning? Dakota Fanning is a brilliant actress. Ever since she was a little girl she wanted to act. Well here is how it all started… Almost every week, starting when she was three years old, Dakota was in plays at a playhouse. At the end of the week all the kids would perform for their parents. Finally when she was four years old her dad, Steven Fanning took her to an agency. When she was just about five years old, she was picked for a Tide Detergent commercial.
Here is a little bit on her background and what she looks like… Hannah Dakota Fanning is a blonde haired and blue eyed. She was born on February 23, 1994. Her mother, Joy Fanning named her Hannah and her father named her Hannah, therefore she was named, Hannah Dakota Fanning. She was born in Conyers, Georgia. She has a little sister named Elle Fanning. Her nickname is Kota. She is 5’ft 3”1/2 ft tall. She was home - schooled when she was little.
Some of the things she loves doing besides acting is… Dakota is very talented. She plays the piano and violin. She rides horses. She collects dolls too. Also she loves to knit. She has knitted scarves for Tom Cruise, Robert de Nero, Denzel Washington, Oprah Winfrey, Steven Spielberg, and Tim Robins. Also she dances ballet.
Dakota has been in a lot of movies, but here are just a few… in 1998 she was picked for a Tide Detergent commercial. 2001 was Tom Cats. Then in 2001 she was Claire in the movie Father Christmas. Also she starred in 2001 as Lucy Diamond Dawson in I Am Sam. Trapped in 2002 she played Abby Jennings. Right after Trapped she was the younger version of Reece Witherspoon in 2002’s Sweet Home Alabama. Another in 2002 was Taken. Lastly she played Katie in Hansel and Gretel. Here are some of the movies she starred in 2003. First, she was Sally Walden in The Cat in the Hat. Second, she starred in my most favorite movie in the universe, Up Town Girls, as a bratty little girl Lorraine, “Ray”. Also in 2003 she voiced the preschool Kim in Kim Possible: A Sitch in Time. In 2004 Dakota appeared in Man on Fire. She was a big hit in 2005. First, Nine Lives as Maria. Then Hide and Seek. Third, War of the Worlds. Lastly in 2005 she voiced Lilo in Lilo and Stitch 2: Stitch has a Glitch.
Here are some interesting facts about Dakota… she carries a book of baby names with her were ever she goes. She is a member of the Red Cross. On her 11th birthday tom cruise gave her a cell phone. Her favorite movies are Gone with the Wind, Titanic, and Steel Magnolias. Also she has traveled to Canada, Mexico, New Zealand, Japan, Australia, England, and France. Well there you have it; you know a lot about Hannah Dakota Fanning! 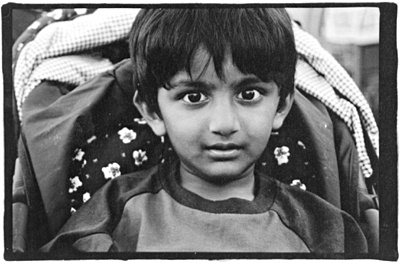 Favorite Quote:
If you dont risk anything you risk even more.

Favorite Quote:
"I'd sell you to Satan for one corn chip."

View profile
Firstly, this isn't an interview. This is a section specific for celebrity interviews so that readers can get a hands-on experience of what the celebrities are directly saying. Secondly, this has a lot of great info but it needs a lot of work. You should focus writing about her biggest movies and the most important events in her life rather than something as unnecessary as her physical appearance - instead of providing all that useless info, just produce a picture and that would be much easier. Good luck with other work.
TheJust ELITE said...
on Jul. 15 2010 at 8:44 pm
TheJust ELITE, Ellenton, Florida
254 articles 202 photos 945 comments