Agnes de Mille was born in New York City, New York on September 18, 1905. Her parents were William Churchill de Mille, who was a famous Hollywood director, and Anna George de Mille, who later divorced. Agnes had wanted to become an actress as a child but later became interested in dance. Since dance was not a reasonable career choice, her parents would not allow her to. For her schooling, Agnes attended a small Hollywood School for Girls then later attended at the University of California in Los Angeles.

When Agnes de Mille started her career as a dancer, she could not find any employment in theaters. As a result she composed dances for herself. With the dances, she also organized music and costumes. After moving to New York City from California, she toured Europe and the United States from 1929 to 1940. Some of her key shows during her career were “Allegro,” “Brigadoon,” “Carousel,” Gentlemen Prefer Blondes,” and “Oklahoma!”  In 1940 when Agnes joined the Ballet Theatre in New York, she choreographed the dances “Black Ritual,” which was a dance with only black dancers, which had not been done before by a major ballet company. Sadly, that ballet was not a success. Although it was not a success, she later choreographed “Three Virgins and a Devil” and “Rodeo,” which both turned out to be tremendous hits.

On June 14, 1943, Agnes de Mille was married to Walter Foy Prude in Beverly Hills. Walter was a Texan and at the time was an officer in the Army. He was stationed at Hobbes, New Mexico. Shortly after the wedding he was sent overseas for the span of the war. In the year 1945, Agnes went to London for work, but really had planned the trip so she had the chance to meet with her husband, who at the time was stationed in Germany. They had the chance to spend over two weeks together. When the war was over in August, Walter was sent back home to the United States. Agnes later returned and gave birth to their son, Jonathan de Mille Prude.

When Agnes de Mille finally returned to the Coast of New York, she continued to produce ballets and musicals every year, some including “Goldilocks,” “Juno,” “A Bridegroom Called Death,” and more. She also started to form a reputation as a speaker. She spoke across the entire nation on part of the government subsidy for the arts, which resulted in an appointment by President Kennedy to be a member of the National Advisory Committee on the Arts. She was also appointed by President Johnson to be a member of its National Council.

In the year 1974, Agnes dedicated the Agnes de Mille Heritage Dance Theatre, which was founded at the North Carolina School of the Arts which was located in Winston-Salem. The company had made several cross-country tours with a great success before the project was cut short, due to Agnes having a stroke before she was to go onstage for her famous lecture, “Conversations About the Dance,” which was done by the members of her company.

Two years later, in 1976, Agnes de Mille was awarded with New York City’s Handel Medallion, which is the greatest honor a city can bestow upon its citizens. Fours years later, in 1980, she was given the nationally prestigious Kennedy Center Honor by President Carter. She was also a recipient of two American Theatre Wing or “Tony” Award and also an “Emmy” award. 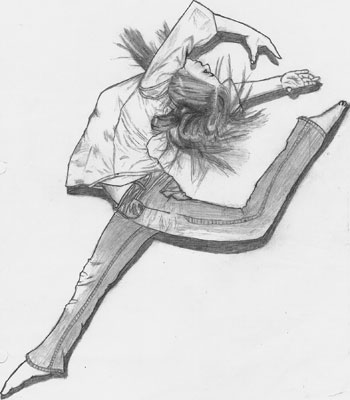