"Santa is going to give me everything, I justknow it."

"Yeah, of course Santa's real ... whatever.Santa is your mommy, I bet."

I opened my eyes in thedarkness, trying to make out the silhouette of my cousin.

"What do you mean?" I asked timidly.

When I was fouryears old, Kelvin was a genius. After all, he was eleven. Christmas atour house was great; Santa always looked out for me. I had spoken to himat the mall and he confirmed I would be getting the Barbie doll Iwanted. Who was Kelvin to say I wouldn't? After debating whether toquestion him, I decided not to.

I knew my mother would know whatto do. She always had the answer. Gently, so as not to wake the snoringmeanie, I crept out of bed and across the hall to my parents' room. Thelights were on but when I entered there was no one there. I knew it wasokay, Mommy and Daddy never go to sleep early. They were probably justdownstairs waiting to thank Santa when he came. I would go and jointhem. Realizing the opportunity I now had, excitement replaced myanxiety. I might meet Santa in the flesh!

"Mommy?" Iasked softly from the top of the stairs. There was no response, but Icould hear my parents talking.

"You think Kelvin will likethis?" my dad asked.

I tried hard to hear everything, buttheir voices were falling to a whisper. I tried to imagine what theywere doing. I decided to go down and surprise them.

I tookeach step slowly and purposefully, determined not to be heard. I reachedthe bottom and gasped with horror. There, sitting on the floor in a messof wrapping paper, were my parents. I did not want to believe it, but Isaw a tag that said "Santa" lying on the floor next to myBarbie. I had been lied to.

My parents noticed me, and to makematters worse, my father did everything to hide the Santa tags from me.I stood silently for a minute before I yelled, "Kelvin wasright!" My mother got up to comfort me but I ran back up the stairsand into the room. Kelvin was now awake and the light was on. Throughteary eyes I stared at him.

"You were right. Mommy lied."

Iwaited for him to laugh, but he didn't. He sat next to me, careful notto make eye contact. Once he figured out what was good for the moment,he reached over and pulled me roughly into a hug. Shocked at his beingnice, I hugged him back.

From then on I knew there was noSanta Claus. Though I was mad my parents had lied, I was happy Kelvinhadn't. To this day Kelvin is the cousin I am closest to and depend onfor guidance. He's a genius. After all, he is 23. 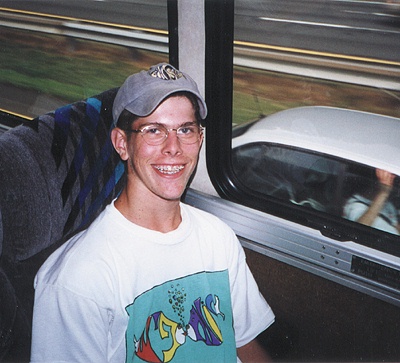