Any other days you could work this week in addition to the ones you’re scheduled for would really help us,” the store manager said. I nodded and walked out into the frigid December night. What just happened? I thought. When I started work at five, there were nine people working but by the end of the night I was the only one left. That day, I learned how far honesty and integrity can go, and what happens when you have none.

The next few days I watched as the managers brought in employees from other stores. Finally, four days after that confusing night, my managers told me that they had fired 15 part-timers for stealing. I was stunned; that meant all those people I’d thought were so nice were lying to my face. Completely shocked, I worked every day that week to help out as the managers struggled to train new employees.

For the next few weeks, I was in complete shock as I listened to those who had been fired brag about what they had done. I kept thinking, How could this have happened? How could I not have known? How could they have done that? Don’t they have consciences?

Two and a half weeks after the firings, my managers pulled me into their office and sat me down. My heart was pumping as I tried to think of any reason I’d be in trouble. They couldn’t think I had stolen, could they?

“Kristin, we just want to thank you for everything you’ve done these past few weeks. It’s been a stressful time and we really appreciate how hard you’ve worked,” one manager said. I breathed a sigh of relief and smiled.

“It really means a lot to us that you weren’t one of those we had to fire. That says a lot for your integrity and the kind of person you are,” another said.

“Definitely, Kristin. Your lack of involvement in this whole ordeal speaks very highly of you and your values and we appreciate everything you’ve done and haven’t done,” the third manager chimed in. I was surprised by their compliments since I didn’t think what I had done was anything to be praised. I had just done what I knew was right.

Fast forward a year to the present. I’m still working at the same store but when I look back, I’m still amazed. The people fired that night were not at all remorseful and now face criminal charges, heavy fines and the embarrassment of everything that happened. That night I realized honesty and integrity do win out over cheating and stealing. 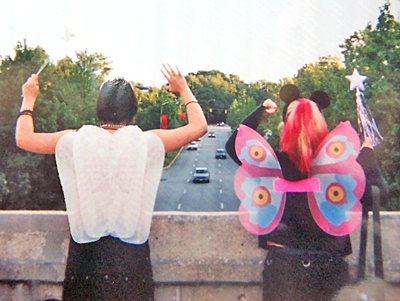