I Never Saw it Coming MAG

It was just another night hanging out withmy friends, only this one ended early. You always think “it”can’t happen to you ... at least, that’s what Ithought.

Chad and I had been best friends ever since I canremember. He lived next door and is part of most of my earliestmemories. He was the friend I knew would be there, no matter what. Wewent everywhere together, did everything together, and went through goodtimes and bad together. He was irreplaceable.

Though we went todifferent schools, we remained friends, talking every night and hangingout on weekends. When we hit high school, though, everything changed.You see, he was a year older, so naturally when he started, hewouldn’t talk to a little eighth-grader. We got to the point wherewe only talked once or twice a month, and hung out even less. Whensummer arrived, everything would be like old times again. This continuedduring his sophomore and junior year, and it would have gone on hissenior year too, if he’d had one. Most people don’t realizethe value of friendship until it is gone, and then, it is too late tocherish.

We were like any teenagers with our licenses,wanting to go out and have fun. One weekend, my parents went outof town and left me alone. I was in a bad mood because of a fightwe’d had, and it was pretty much the same for Chad. Then Iremembered an invitation from a friend at school for a party in thedesert. What a great way to get back at my parents, I thought. That wasthe stupidest mistake I ever made.

Out in the middle of thedesert we started drinking, to the point where I forgot how many I hadhad. Then, we decided to go pick up our friend Tony in the valley. Iremember seeing headlights and thinking, Those look like they aredirectly in front of us. Chad was so drunk that he didn’t even seethe truck coming. You can’t imagine the feeling of hitting a truckhead-on.

The next thing I remember is sitting in a completelysmashed ’88 Honda Civic ... upside down. My head was throbbing. Ilooked at Chad in the driver’s seat. He looked unconscious. Withblood running down my face, I struggled to get out. By then the truckdriver had called an ambulance. He had some bruises on his face, andwhat looked like a broken arm. I remember the ambulance and the firedepartment arriving. The car was so banged up that the firefighters hadto use the Jaws of Life to pull Chad out.

How would you feel,being 1,000 miles away and receiving a call at 1 a.m. saying your sonhad been in a car accident with no word on his condition? At least myparents were divorced, and my father was still intown.

Chad’s parents, however, were not as lucky. Theyreceived news as they waited in the emergency room that their son hadpassed away.

I have never forgiven myself for what happened tomy best friend that night. Many times I lie in bed and cry, wishing Icould die too, just so I wouldn’t feel so guilty. My parents havetaken my driver’s license until I am 18, but even then, I think Iwill be too afraid to get back in a car.

You hear about thesestories, and they don’t affect you, but when it becomes a reality,you are affected. Being a teenager doesn’t mean you have to berebellious and party all the time. You can have fun without alcohol.Now, because of one night, my teen years aren’t fun at all and mywhole life has changed. My best friend was taken from me that nightbecause of stupid mistakes we made.

Cherish your friendshipsbecause they can be taken from you in a second. I know mine was, and Inever even saw it coming. 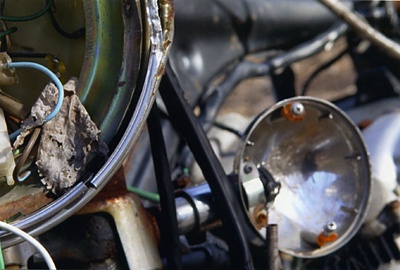