The Effect COVID-19 has had on American Lives | Teen Ink

The Effect COVID-19 has had on American Lives

December 2019. Huanan Market, Wuhan Province, China. The first case of coronavirus appeared after a presumed outbreak of pneumonia, a cluster of cases that all had been to the Hunanan Market. It was Chinese New Year, therefore, a lot of food was being prepared. This was the start of the horrifying global pandemic that has killed over 1 million people. A virus at this scale hadn’t been seen since the 1918 flu pandemic that killed over 50 million people and infected over a third of the population at the time. What about the Spanish Flu weren't the numbers greater, did you want to compare the rates of this flu as well? Along with the lives lost in this pandemic; small businesses, jobs, and livelihoods were lost along with it. (check to see if starting with a number in a sentence is okay?)84 million unemployment claims have been made since mid-March according to the Peter G. Peterson Foundation.

Mental health has had a huge effect on individuals during this virus, according to the DANA foundation, depression symptoms found in the U.S adults have gone up 21 points from 32% to 53%. Five million Americans are telecommuting (as of 2020) which has gone up 173% since 2005. A vulnerable population for depression and anxiety are people who have lost loved ones or have vulnerable, compromised parents in another part of the globe. Positive news on mental health is that 69% of moms have reported a greater appreciation for life due to the COVID-19 pandemic. A big stressor is not being able to see coworkers or in person contact with colleagues,due to quarantine. 75% of mothers missed in person contact and interaction the most during this time period.

The president says that 99.9% of children/teens recover from this virus yet, a case from a 28 year-old says otherwise. Her immune system was destroyed and anytime she gets a cold, she gets run down and wiped out for days. She had asthma attacks and now carries an inhaler (she did not have asthma before.) She developed a heart condition known as a mitral valve prolapse and she gets multiple palpitations that can even be as bad as sending her to the ER. The patient had to re-learn how to sit, stand, and walk and sleep about 12-16 hours each day while still being exhausted. She is significantly neuroligically impaired with hypoxic brain injury which she got while suffering her infection of COVID-19. She has focusing problems and after a few minutes, she has brain lapses and can black out sometimes by having seizures. Emotionally  or on the emotional front, she has serious PTSD and night terror, something army personnel get after going to war, and survivor’s guilt.

The emotional and social effects have deeply affected not only the US’s medical issues like MediCare, but also social and political. But COVID does not discriminate. It has ravaged throughout all parts of our country whether Republican held or Democratic held. Although COVID-19 is not as deadly as other viruses in the past it has claimed over 897,000 lives in its path forever changing how we live. 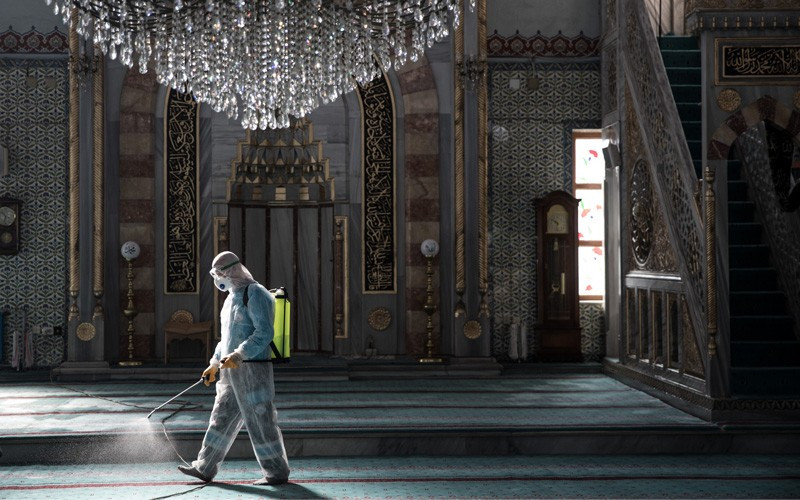 For over two years, the US and the world has fought a seemingly endless crisis. This storm has has passed many times through the United States leaving debris in its path. Patients have not only experienced physical long-haul symptoms but PTSD that the illness had left behind. However, not many indiviauls will hear about these harmful effects that are leaving wounds on our society.