Native american people are misrepresented in most forms of popular culture, They’re turned into a joke of a culture by things like the cleveland Indians Chief Wahoo or the Washington Redskins. For years native americans have been trying to change these logos because they find them very offensive. They have actually achieved a victory because by 2019 the Cleveland Indians will be removing Chief Wahoo from their hats and jerseys, but they still think all logos should be removed. All over the country teams in leagues of all classes are using native americans as their logos and nothing is being done to get them in trouble for having these racist symbols and names. According to the department of justice “American Indians are more likely than people of any other races to experience violence at the hands of someone of a different race.” Although the mascots are not the only thing causing this high level of discrimination they do lead to more people disrespecting and abusing native americans. The discrimination goes past the organizations and even the fans will take part in it. 10 years ago the university of Illinois dropped their mascot chief Illiniwek but he still has a presence on the campus and is apparently going nowhere. A professor at the university was arrested because he opposed the mascot and went to search for him in the bathroom. According to The Huffington Post, the Washington Redskins football organization says “We are convinced that we will win because the facts and the law are on the side of our franchise that has proudly used the name Redskins for more than 80 years.” They’re proud to have used a name that is dictionary defined as “a contemptuous term used to refer to a North American Indian.” Something seems wrong about having a multi million dollar football  teams name be a racial slur. Even though there’s all of this controversy surrounding the native american team names and logos the Atlanta Braves brought back their logo of the “Screaming Savage”. The Braves organization did it to bring back their old “Chief Noc-a-Homa” logo for nostalgia, but it actually just brought out a feeling of anger towards them, bad idea. But the discrimination doesn’t stop at sports it is also a big issue in movies. A example is the disney 1953 animated film “Peter Pan.” It may seem completely harmless on the surface when actually watched Peter Pan is very politically incorrect. A big song in the movie is “What Made the Red Man Red?” Including a racist dance, racist outfits and the explanation for their “red” skin color is “Let's go back a million years, To the very first Injun prince, He kissed a maid and start to blush, And we've all been blushin' since.” Disney has tried to apologize but there's really no excuse for this sort of thing. Even though Disney apologized for this they did another racist thing involving native americans, in their 2013 movie “The Lone Ranger” they got a white actor (Johnny Depp) to portray the indian Tonto. This may not seem like a big deal but they could’ve at least got a native american actor to play him, so disney fails again. If this sort of thing could stop happening then native americans would be safer and there would be less problems. There is no reason for blatant racism at this point in time after all our advancements in history, so we should just try to put it behind us and have a brighter future. 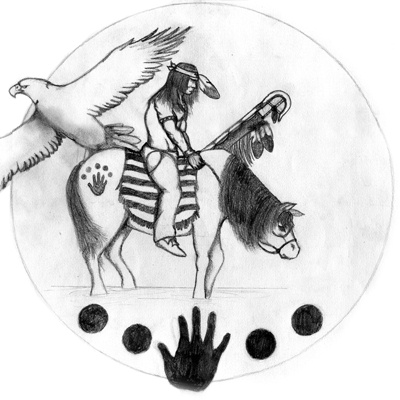 I was inspired because my grandmother would always tell me about these issues and I felt in order to honor her memory I should create an article to inform people that this is a real issue.