The Great American Poet? Not quite. | Teen Ink

The Great American Poet? Not quite.

Utilizing universal emotions and experiences in poetry is the key to reaching a broad array of readers. In the late 19th and early 20th century, Americans were spread out through rural, suburban, and urban areas, and the most popular poems were those that disregarded modernity and used nature to evoke feelings that more contemporary locations could not. In the epoch of Robert Frost’s pastoral imagery and his ensuing widespread popularity, William Carlos William’s intention of writing modern poetry that he saw as better suited to the average American citizen was only partially successful-- his victories stemmed from works that focused on the emotion of a moment, while failure was encapsulated in poems commenting on the suburban lifestyle with no emotional connection to ensnare readers from other areas unaccustomed to this culture.

Williams focused often on women in suburbia, with poems both from their perspective, and based on his perceptions of them. “The Young Housewife” is a piece that captures moments in time as Williams drives through a local neighborhood, centering on his observations of a young lady going about her day. The poem, while presumably meant to elicit reactions and understanding from a variety of people, fails to invite readers into the story who can not comprehend the nuances of this casual interaction. It begins at 10 am, as “the young housewife//Moves about in negligee behind//The wooden walls of her husband's house.” (1-3) Williams can not see the woman-- he notes that she is currently in her home-- so he writes this stanza about her actions based on his preconceived notions of her and women like her, in a tone that is both factual and supercilious, but not charged with any feeling other than lust. The mention of her negligee is intentionally scandalous, he purposefully emphasizes the housewife’s apparent sexuality and his attraction to her in hopes of drawing in sympathetic male readers, many of whom often sexualized and took advantage of young women in this era. Unfortunately for Williams, even sensations such as lust, which is unquestionably common, need more emphasis and explicitly emotional language for readers to equate their own experiences with what is written. As the poem progresses, he makes another attempt to demonstrate the allure of the housewife and elicit a feeling of passion in the reader, describing her at another point in the day, standing outside of her house, looking “Shy, uncorseted, tucking in//Stray ends of hair” (7-8). The disheveled image he presents lends the character vulnerability and allows for a moment of empathy from the reader, but the inclusion of her uncorseted state brings the mind back to more sexual imagery and to the narrator’s desire, curbing any compassion or understanding readers might have developed for the woman and alienating them from the poem. As there are few emotions to tie them to the piece, readers often look next for references that they can easily comprehend to gain insight into the nuances presented. In “The Young Housewife,” the only allusions made are to suburban life, such as the arrival of the “ice-man, [and the] fish-man.” Their daily arrival might symbolize monotony and boredom for Americans accustomed to them and demonstrate the simplicity of the moment represented in this poem, but for readers who aren’t, simply bring confusion. Though Williams attempts to evoke lust and an understanding of the uniformity of days spent in suburbia, he falls short due to his unwillingness to bring more descriptive emotion into the poem.

While this particular work did not meet Williams expectations of reaching and impacting a large and diverse group of American citizens, many of his other pieces were poignant and moving, and brought him far closer to his goal of becoming the “great American poet.” One such poem was entitled “The Widow’s Lament in Springtime.” Written from the perspective of a woman who has recently lost her husband, the poem is rooted in nature and in the woman’s pain. Williams understood and utilized the universality of loss, focusing less on the superficial and more on her inner torment and how her surroundings reflect that. As she stands in her backyard contemplating the lifetime she lived with her husband and the days she will now spend without him, the widow notices her trees blooming in vibrant colors, but feels that “the grief in [her] heart//is stronger than they” (15-16) and she turns away, letting pain consume her. The use of brightly colored flowers to represent past joy is a metaphor which can easily resonate with nearly every American citizen, especially when it was published, considering the growing popularity of the Great Outdoors in this era. Employing the colors red and yellow as a foil for her emotional state is an intentional choice-- these hues represent youth, vitality, and passion, the antithesis of the dull white which catches her attention immediately after, and manages to hold it. Williams sets up the notion that the woman sees her once vivid life as having come to an abrupt and depressing end, with the abundant white flowers providing a stark and overwhelming contrast to the few bright ones. The power of the emotions which stem from this idea of hopelessness buried in grief easily captivate readers and allow them to empathize with the widow in a way that they were not able to with the young housewife, who appears cold and unfeeling in comparison to the rich, deep pain presented in this poem. Rather than aiming for an uplifting ending to appease those affected by his words, Williams chooses to double down with his metaphor of the white flower, combining them with the idea of a dark wood and the chance for the woman to free herself from the well of suffering that has been built around her. She states dejectedly that she “would like//to go there//and fall into those flowers//and sink into the marsh near them.” (25-28) The figurative nature-based language used is thinly veiling her desire to end her life, to lie down in nature, surrounded by the white flowers that she believes are a bleak yet accurate representation of the rest of her days, and never rise again. The anguish expressed in these short lines, while heartbreaking, also humanizes the woman even further, and enshrines the reader in compassion and their own memories of grief. Unlike the story of the housewife, any American citizen can connect to these sentiments, painting this as one of Williams’ great successes, a poem whose impact can continue to resonate with readers of this generation and those that follow. 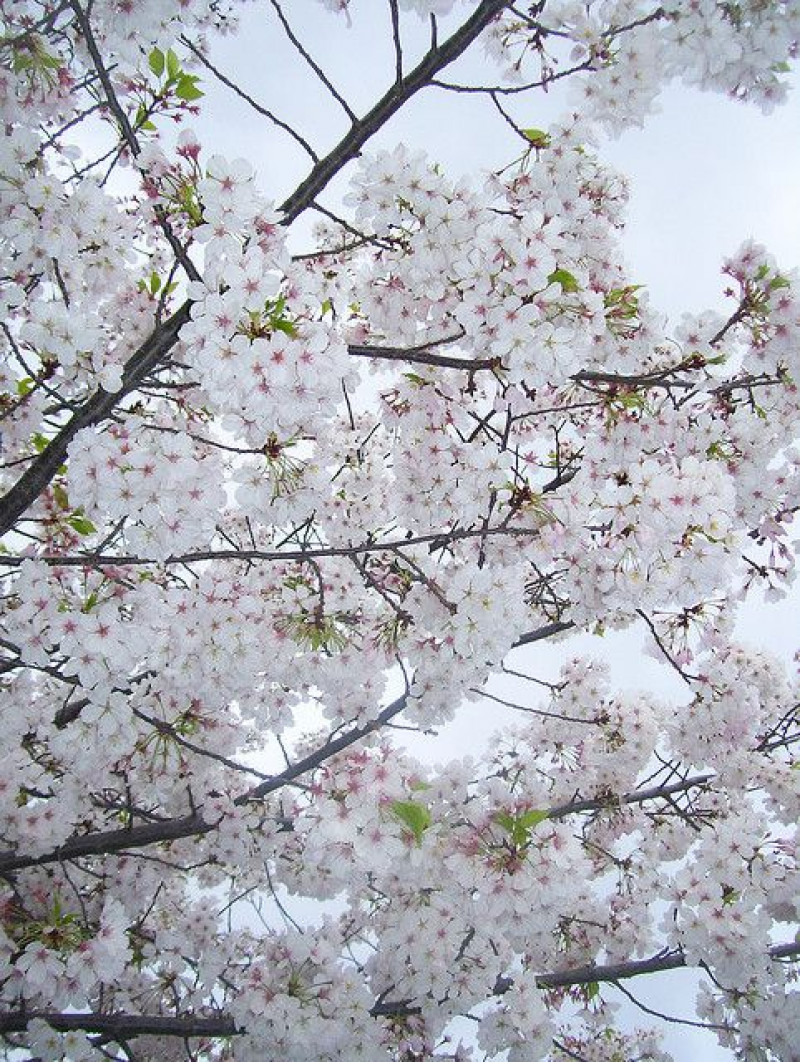