Becoming One of Them and What I Got Out of It

I'm sitting on a bench with my friends and people are staring at us as we laugh about things we've had take place in our lives. But I don't care. As much as I feel strange with their eyes on me, I also feel stronger. I'm not going to let them get the best of me like they could a year before. Sure, they think they're the best, yet they're not because they're only people. Any celebrity, any author, any model, has always only been a human being. We are all the same. But clearly their eyes are too blind to see that. I was like them a year before, and I should've apprehended earlier that everything that I was seeing was a piece of deceit. Just because they travel constantly, just because they are up to date with the latest clothing style, just because they've already got a so called soul mate..That doesn't make them better than anyone.  Years before, I was a young 11 year old that let the popular(I call them the socials) get to me, I let myself be taken down by how they compared their life to mine and their looks. What I didn't know was that somewhere inside of me, there was a girl that could defend herself. Every night, I would feel a heavy blow to the chest. But I did not not deserve that. What's more, I was always positive around my parents, I always allowed myself to be strong when they were around. Why wasn't I able to be this way with the socials? I knew everyone had a weak spot somewhere inside of them, but the socials was most likely not mine. I had to find a way to defend myself and be satisfied with the life I was currently living. Weeks later, I had become friends with one of them. But it didn't just happen. Whenever they were around, I tried to be someone I am not, and that was not okay. When one of the socials had to sit next to me during math and science class, I decided to be myself. No matter what she thought about it, I was going to just do what I was wanting to do. As the days went on, everything was going great and I was making friends with her. She invited me over to the group, and I accepted. Three years later(today) I left the socials. Whenver I pass them, they only glance at me. But I don't let myself feel like a dissapointment or like I made the world's biggest mistake. I just feel right. Because eventually, I learned how all of them were, kind, lazy, festive, and barely organized. Soon enough, most of them began to depend on me. Since they knew that I always did my homework, they would ask me about it and I would happily let them copy the work. That..Was another mistake. I was beggining to become like them only days later, I spoke much more, copied people's work, hugged my friends... Since when was I such an irresponsible girl?

My point is, don't let yourself take on changes that may make you someone you are not meant to become. I could've still been popular, but what good would that make? Don't cheat on tests. Attention is not everything. 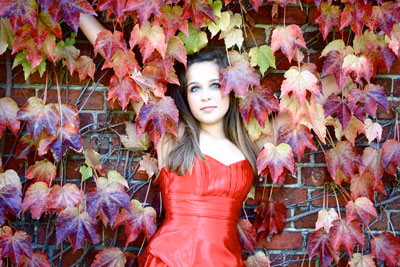 I wanted to let everyone know a bit more about me and to warn you about what could happen with a situation such as this one. Thank you for reading!