Favorite Quote:
“You need to find a way to live your life, that it doesn’t make a mockery of your values.”
—
Bill Ayers

When a child is born it is the parents natural instinct to protect it. But a what point does this protection become to much? This generation of children has been nicknamed the “Cotton Wool Generation” by the media because of the way parents ‘wrap their kids in cotton wool’ in an attempt to protect them from the horrors of the world. But is being shielded from these horrors benefiting the children or depriving them of their childhoods and the learning experiences they need to be able to cope with life?

“Helicopter Parenting” is a term used to describe when a parent pays extremely close attention to there child’s experiences and problems. This did not really exist until this generation of children and it is found mainly in parents with young babies or children. As technology has became more advanced, baby products have became much more advanced and the marketing for these products has became
more intense. They put out messages implying that if you do not buy their products your child will not grow up to be strong and healthy and in some extreme cases may even die. These paranoid parents can buy heat sensitive baby grows that change colour according to the child’s temperature, CCTV for the child’s nursery and baby crash helmets for toddlers learning to walk. Civilization has managed survive without these products until now so are they really necessary? And of course parents do not want their children getting ill but protecting them from every germ there is, is actually doing more harm than good. Babies immune systems need germs to get stronger, to recognize foreign bodies and provide the correct reaction.

Over the years health and safety regulations in schools have became stricter. The science experiments that the older generations loved and remember most are long gone and have been replaced by videos of the experiment for todays children to watch. Schools can’t afford to do these experiments anymore because the risk of someone getting hurt is too high and if a child gets hurt then parents sue. It is these types of experiments that make kids enthusiastic and interested in learning but they are no longer carried out because of parents. It is these childrens own parents that are depriving them of their most valuable learning experiences.

Only eight percent of primary school teachers is scotland are male. There is a worry that parents have because of the stories the media tell of male paedophiles working in schools that male teachers are more likely to harm there children. Therefore less men are willing to go into primary school teaching because of the accusations that come along with it. Parents constantly being anxious about who is around there child makes kids feel uneasy and unsettled in school or other activities which has a negative impact on the way they learn.

Technology has changed home life dramatically compared to previous generations. House hold chores no longer have to be done because there are machines to do them for us and when its raining outside we no longer have to be bored because we have plenty of electronic entertainment inside. Children no longer have the experience of doing chores and taking care of a house because machines are doing all the work for them. Parents don’t need their children to help around the house because they have half the work load taken care of by the machines. It has came to the point where children no longer know how to do the basic chore of making themselves something to eat because their parents do it for them or they can just dial a number and its delivered to their door. This has a negative effect on the way they live when they grow up and leave their homes because they do not know how to take care of themselves without their parents help. It can lead them to having extreme difficulties when they go to university or collage because they need to know how to juggle school work, taking care of their home and themselves and they simply just do not know what to do.

Seventy-three per cent of seven to twelve-year-olds can surf the internet unsupervised but forty-two per cent are not allowed to play in their local park without an adult. This is because parents would rather there kids tucked up safely in their rooms instead of outside where what they are doing is out of there control. But with cyber-bullying and kids not knowing who they are talking to online its not really safer to be inside. There is the worry for parents that their child will be snatched by a stranger. This is because the media constantly tell stories on child snatching and it is natural for parents to worry but thats just one case not every stranger out there is going to harm their children. Acting anxious and on edge when your child is playing just makes your child feel like that too and if they feel like that while playing outside then it just encourages them to play inside taking them away from having a healthy lifestyle full of fresh air and exercise. Playing outside is an important part of growing up and helps develop life skills and by depriving kids of this it can leave them ill-equipped to deal with challenging and stressful situations when they grow up.

Parents try to shield their children from everything bad not just physically but emotionally as well. Parents would rather not tell their kids when something bad is happening like an ill member of the family or financial difficulties because they do not want to upset them. Although parents do not want to upset their child or put them under any pressure or stress it is important to tell children these things to a certain extent. It is horrible, for older children, sensing that something is wrong but not knowing what it is and it can put them under more stress because they don’t know. Also for younger children just making them aware of what is going on, maybe not the full story, but them knowing that there parents can’t get them that toy this month or that a family member is not feeling too well just now helps in the long run instead of having the major impact when they get told about it when the worse happens. Also it can cause arguments and relationship problems between children and their parents if they get told when the worse happens because it makes them feel stupid and the huge amount of stress and emotions makes them unable to process the information properly and figure out how to react to the problem.

By shielding kids emotionally like this parents are making kids less able to cope with stress when their older such as death, financial difficulties of their own, exams or relationship problems. If they never have stress when they are younger they won’t know how to deal with it when the are older.

In my opinion I think that this generation is over protected. I think it is important for parents to protect and look after their children but its also important to let kids make their own mistakes so that they can learn. It is also important for adults to realize what they are doing to there kids by over parenting before complaining about kids being spoiled and alienated because they are playing inside when it is them that is causing the problems for themselves. This problem needs to be brought to the surface and dealt with because we are ruining kids lives. 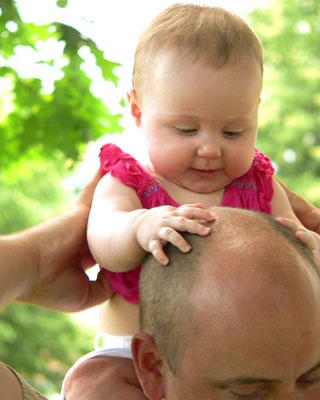 The author's comments:
This piece of writing is an argumentative essay which was written for my English class.
Post a comment
Submit your own