To All Of The People Who Think They're Better Than Everyone Else. | Teen Ink

To All Of The People Who Think They're Better Than Everyone Else.

Dear All the People who Think that they’re better than everyone else,


Just because some kids don’t waste Fifty Dollars on a pair of jeans or Two Hundred dollars on a pair of shoes doesn’t mean you’re better than them. It doesn’t make it okay for you to ridicule them about not having an UGG logo on the back of their boots; even though they look exactly the same as yours. Right now I’m sitting across from you and you’re practically screaming at the girl who has the misfortune of sitting next to you. You’re calling her poor and an idiot because she got fuggs. (Fake UGGS). Look she just left the room with tears in her eyes while you’re laughing with your best friend. Is it really that funny? No, the five people around you giving you dirty looks don’t think so. But that doesn’t matter to you, because you have UGGS. It’s not alright that you make fun of the boy who studies and gets A’s almost always, when you’re sitting there with a big red F on your paper. While he was studying you were outside flirting with your neighbor which whom you’ll never get. Your excuse is that you have a social life but he does not. Actually, he plays three sports and still gets good grades but you wouldn’t know that because you can’t pay attention long enough. The Worst part is you think it’s just fine to torment the poor girl with disabilities. It wasn’t her fault that she passed out and fell into a fire, and the result was she was badly burned and lost part of her hand. She wishes she was as lucky as you. She came to the United States for treatment and a better life, not to be harassed when she wanders down the halls. But no, as she passes by you, you still continue to call her a freak of nature. If you actually got to know her you would realize that she is a sweet girl but you choose not to because she isn’t perfect. Well listen, neither are you. Would you want people to make fun of you for having a lazy eye, or because you have imperfect teeth? I highly doubt that you would. So please, stop judging people based on their looks and actually get to know them. Thank you.


Sincerely,
All of the kids that you have judged, tormented, and harassed in the past. 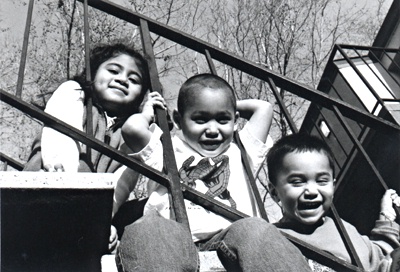 The author's comments:
People judge people everyday. they pick out each individual insecurity and use it against them. It isnt nice, cute or funny. It's cruel, mean and just plain wring. Now it's time for the all of the kids who have had things happen to them like this stand up. This is in the perspective of all of the people who have been judged. And yes, all of this I have witnessed at my school. Its just really sad.
Post a comment
Submit your own

Favorite Quote:
"We accept the love we think we deserve"

View profile
These is so true, and the given examples really touch close to home.  Im not really harrassed, but I know others are and it is so rght for you to stand up to all tose "cool" people! Kepp going down this road!!
Bookeater BRONZE said...
on May. 2 2012 at 5:04 pm
Bookeater BRONZE, Louisville, Kentucky
3 articles 0 photos 6 comments

I love this. Its an issue not adressed a lot in many schools, and it leads to terrible problems. People need to understand how bad a problem this can be. Bullying is not only shoving and hitting, but still someone gets hurt.

Favorite Quote:
"Because you don't choose who you fall in love with. "

Wow, this is so powerful and SO TRUE! My school is the same exact way. You go girl!