As gay rights becomes an increasingly heated issue in the United States and the world at large, I am more often transported to a simpler time, or at least a time when moral complexities worked themselves out on their own. I remember in elementary school, how I went to after-school care. A small facility on the campus that felt like a second home to me.


One of my favorite places in the building was the Dramatic Play Area, as it was reverently called. It was basically for playing “House” and “Dress-Up”. I loved playing with the donated grown-up clothes. I especially liked the dresses. Being a quirky kid, I’d never been wowed by the GI Joes and Kens of nineties television. Something about the regal bearing of a queen or the royal beauty of a princess always attracted my attention more. And I think some of that fascination drew me to the dresses.


I would put on the dresses and pretend that I was a queen or a princess and that I could wear like a cloak, the ethereal grace and self-confidence that it seemed no male figure possessed. And it wasn’t wrong. No one said so. Not the teachers who supervised us; not the other children; not even a parent who might have noticed my preference. I even had friends who joined me occasionally. There is a photo of a younger me and a friend of mine. He, elegant in a wine-scarlet evening dress, and me, resplendent, in a light yellow ball gown. A documentation of our exploration into the feminine, of our evolution past cooties. None of my friends even knew that the word “gay” existed back then.


Now, preparing for a play that took place in medieval times, I watch, hiding my envy as girls show off their beautiful attire for the dress rehearsal. Whoever designed such graceful fashions so long ago deserves a medal. (Whoever decided that those wearing them should be able to breathe deserves one as well.) Whoever decided that only girls could share in the fun, if only for a moment, deserves nothing. It has been so long since I’ve tried on a dress, just for the fun of it. To see what it feels like. And I feel deprived, like what was once a perfectly normal part of my childhood is now a taboo. A forbidden art practiced only by those who are willing to risk the ridicule.


Later, when the play has finished, I will no doubt hear some boy say of our admittedly under-funded production, “It was so gay.” And I will wonder if he’s ever tried on dresses. Just for fun. 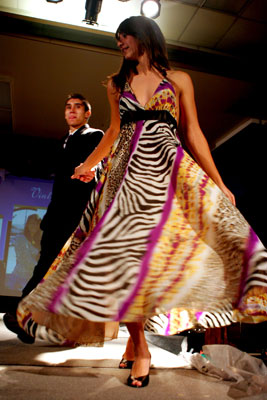 View profile
The power of words is illustrated by the most idle of insults, I see your point and yet I never experianced those thoughts myself. Just take solice in the fact that not only the ancient Greeks, but also the ancient Japaneese and Chianeese say homosextuality as a revered and godly trait. They believed it was a sacrifice for the good of society, to allow more balence in mating choice.