When I was in thesixth grade my school celebrated Martin Luther King Day with a"Celebration of Heritage." We were to dress like ourancestors. When I proceeded down the aisle in authentic Polishpeasant garb, another parent turned to my mother and asked whyI was dressed that way. She had assumed I would dress tocelebrate my African-Amer-ican heritage. This is a typicalresponse to my being biracial. People always talk to me aboutthe importance of being proud of my heritage, but they areusually speaking from their perspective, not mine.

Mostpeople expect me to have an identity crisis and not know whereI fit in. It is not so much my crisis, however, as theirs. Ijust don't fit in their - or society's - neat little boxes.Even though their parents may be Irish and Italian, they can'tunderstand how two cultures survive in my household. Myparents have always celebrated our different heritages, butwith emphasis on the individual. My ancestry has helped moldme as a person but I should not (nor should anyone) be definedsolely by their race or nationality. I can honestly andemphatically say I have never been confused about who I am orwhere I belong.

Is this true of the society in which Ilive? Absolutely not. My friends expect me to be an authorityon all black people, or all white people. They registersurprise when they are introduced to my blue-eyed mother anddon't expect me to live in the house or area I do.

Asthe Bible says, there is nothing new under the sun. One of mygrandfathers was an Irish farm boy who married a Polish citygirl. Her father was totally against the marriage because ofhis nationality. Twenty-four years later, he was faced withthe same issue when my mother married my father. Mygreat-grandfather could not understand how two nationalitiescould unite and survive. Perhaps the race difference raisesmore concerns than nationalties because the difference isvisible. The fact is, cultures have been melding for centuriesand, in the United States, this usually generatescontroversy.

I face the same identity struggle andage-related angst that every 16-year-old faces. This is not todiminish the fact that there are difficulties being of mixedrace. There are black people who accuse me of "being toowhite," whatever that is, and white people who don'tunderstand some of the African-American customs my familycelebrates. The fact is, I understand. There is no white wayor black way of acting. There are, however, stereotypespromoted by people ignorant of different cultures. People areunique. I certainly don't act like every other biracial16-year-old.

When I mark the "other" box on aregistration form, there is no way I can fit African-American,Irish, Polish and German along side. That is, however, what Iam. I am not merely a child of white and black parents. Thoseare colors, not heritage. My lineage is a rich tapestry ofmany cultures, and it's high time such diversity be celebratedinstead of criticized and analyzed. 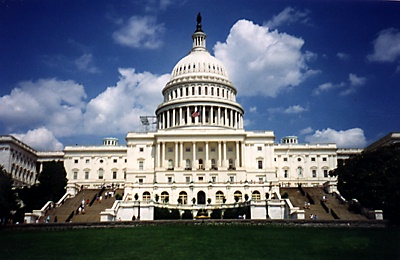