A Birth to Remember | Teen Ink

A Birth to Remember MAG

The possibility of breakinga record at the Overland Park Regional Medical Center was astounding to me. Could25 babies really be born in a single day? Nothing like this had happened since Istarted volunteering at the hospital. I had put in 500 hours of service at thelabor and delivery unit, but chatting with patients and filling charts and watercontainers did not prepare me for this experience.

After prepping whatseemed like 200 rooms and finally getting a chance to sit down, I once againheard my name. I never thought the sound of my own name would make metremble as much as it did that time.

I said "Sure"without really thinking about what she had asked. The room was at the end of thehall and, for some reason, that walk seemed endless. Maybe it was the sound ofscreaming women. Or maybe the reality of what I was about to see was finallysinking in. When I reached the room, I slowly opened the door, afraid of what Iwas about to see.

The first thing I noticed was the smell of sterilizer,which gave me a headache. To my left was a giant blue table with many medicalinstruments, most of which I had never seen before. After convincing myself tolook at the people, I saw a team of doctors and nurses gettingorganized.

Finally, the woman in the spotlight caught my eye. She washolding her husband's hand so tightly I could see the circulation in his fingershad been cut off. Her face was sweating and she let out a deafening scream whichlet the doctors know it was time. I was told to stand back and leave the room ifI felt sick. I listened as the doctor told the woman what would happen next.Another high-pitched squeal came from her as a nurse started counting, "1,2, 3, 4 ...." When the count got to 10, there was a big sigh from everyone,including me. After the short breather, the counting started again. I was toldthere are only a few points in a delivery when a woman can actually push, whichis why some deliveries take longer than others.

When the baby's headappeared I wanted to cry. I had never realized the impact of watching a birth,even for doctors who deliver babies every day. When will he walk, talk, startschool, have his first kiss? I wondered and looked up to see the father sheddinga tear. The experience was overwhelming for him, and I knew he had a hundredthings going through his head.

The birth was going nicely, but even thenurses and doctors were sweating. It seemed the room had gotten muchhotter.

"Once more and we're done," a nurseannounced.

The woman gave it all she had and sure enough, it was the finalleg of the race she and her husband had been running for nine months. We allsighed as the baby boy was handed to his weeping parents. Even I felt a sense ofaccomplishment at this point, and all I had done was hand over supplies when theywere requested.

At that moment I realized the two things I had been doingat the hospital all this time: learning and making a difference. I have met morepeople than I can ever count, people who have their own stories I will neverforget. I have experienced things most people my age would never dream of. 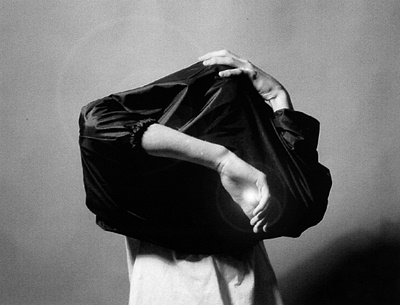