Confessions of my Childhood | Teen Ink

Confessions of my Childhood

When I was younger, I felt the pain of guilt at its fullest when I betrayed one of my friends, Jacob, who experienced social isolation for most of his childhood. When I was privately asked if this “social reject” was my friend, I vehemently denied it and chose to salvage my reputation instead of sticking up for my friend. I had always considered myself as a loyal person, but that moment shattered those ideals.

At the ripe age of 12, I was at the peak of my childhood when stress and worry were mostly absent from my mind. I didn’t have many friends, but the ones I did have were the closest people in my life. I was particularly close with Jacob with whom I shared my deepest secrets and had the fondest memories. I had considered myself a true friend to Jacob, so after this act of betrayal, I was dismayed by my lack of loyalty. As a child, Jacob was diagnosed with Asperger’s syndrome, which resulted in his poor social skills and lack of motor skills, leading to his ridicule. When people belittled my friend behind his back, knowing little of his conditions, it made me upset.

What I didn’t know was that Jacob was 1 of 5 students who experienced some form of bullying, and he was part of a 26% that was made fun of and was the subject of rumors, according to pacer.org. People would laugh at Jacob, but Jacob thought nothing of it, believing these people to be his friends laughing with him. In short, Jacob was able to live happily through most of his childhood, despite being a subject of ridicule. At least, that's what I believed. I am also unsure if Jacob knew about the things people said about him behind his back. Most bullying victims are physically and emotionally affected. As a result, they are at higher risk of depression, anxiety, sleep difficulties, and lower academic performances (Pacer.org).

Jacob struck me because I never considered him as depressed or anxious, and he certainly did not struggle academically, scoring very highly on all his tests and impressing his classmates with his knowledge. After my shameful actions, I felt guilt and sorrow, knowing that Jacob lived his childhood as an outcast. I chose the easy route, disregarding my true friend in favor of my social status. Since then, I have replayed my deplorable actions in my mind and changed to always support my friends in any uncomfortable situation. I am now doing my best to hold my friends close to my heart and speak up for them, no matter the scenario. I do not know how he is doing now, and I may not see him again, but I hope he is doing fine without his longtime friend by his side. 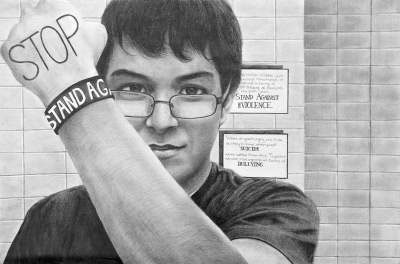