l woke up. I knew that I wouldn't be able to start the day without a shower, so I got out of bed. Just moving that much made my sun-scorched back sting. I walked to the bathroom and stepped into the shower. I walked up to the tap and ran it as hot as possible because it's the only way the warm water gets out without me waiting n hour. It was then that I remembered my sunburn again.
l thought back to when the sun gave me that horrible burn. "You must be salty, 'cause you's a saltine cracker" I cringed at the thought of the racist burn. Then I wondered why it stung my back so much.
l admitted my defeat and knew that I was stuck with having a cold shower in order to not make my sunburn burn even more. But I couldn't do it. I couldn't simply bear the fact that I had to have a cold shower. I tried to moose it instead, but I would only be able to bear it if it was in a zoo. I turned the shower to cold, but not too cold. I stepped in. I felt my body parts that touched the water freeze up. Literally. I couldn't move the body parts that touched the water! I quickly stepped out of the shower without moving my neck and arms, because I couldn't, but I was lucky enough to be able to move my legs. I looked back at the shower head, as it grew a face. Then l wondered how I would turn the shower off. That thought was interrupted by the spirits that the shower head was now puking out.
l ran out of the shower. It was a very bad idea. As soon as I stepped out, I slipped on the slippery floor and hit my head on the sink. I got up with difficulties, because I couldn't move my arms or head, and I was now partially concussed. But not for long. I passed out and fell into the toilet.
By the time l woke up, the spirits were right in front of me. Oh crap, I thought and remembered that I took a dump and forgot to flush. The spirits entered my body, and it was a painfully ticklish feeling wherever they touched. I couldn't even finish the last sentence of the story because 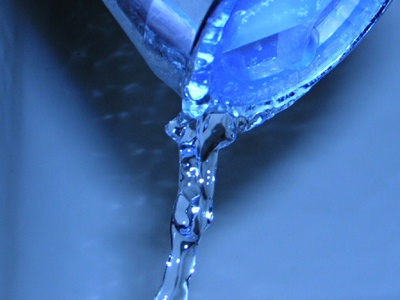 This is a short humorous story I wrote a few years ago. My style and abilities have certainly changed, and I had a lot of spelling errors to fix.

View profile
@lonely_much03 it was meant to be funny. Thanks! I'm so glad you enjoyed it!
lonely_much03 BRONZE said...
on Nov. 30 2018 at 5:49 pm
lonely_much03 BRONZE, Indianapolis, Indiana
2 articles 0 photos 2 comments
View profile
I don't know if this was intended to be funny. But if it was, I got a great laugh out of it. If it wasn't, I'm sorry I laughed? But I did think this was a great story, it had a lot of detail and personification, which is great for this. Everything was tied together nicely and there was a nice flow to the story. I really enjoyed reading what you wrote. Off to read more!