I am an orphan and I live on the streets. I usually eat only one or two meals a week and I have no job because I am only eight years old. The other day, I was in a horrible fight with a chunky, rich kid. I could have a piece of the bread that he was carrying, but instead, he slapped me across the face. I could taste the salty blood in my mouth. I tried to kick him, but he twisted my leg around and I could hear all of my fragile bones cracking. He ran away laughing and I limply laid there feeling close to death. I was weak and could hardly move myself. It was then that I saw a kind, old lady that took me into her house, fed me, and cleaned my wounds.

I slept for the rest of that day and all of the next day because I was still very weak, but after two days, the sweet and generous old lady told me that she would like to take care of me. I was so overjoyed about hearing this that I jumped out of my bed and gave her a hug!

That day, we went to find my birth certificate and my other important papers, so that she could legally be my guardian. When we got there, the short, plump man in charge told us that tow days ago, a man had come in and taken my files, saying that I was his son. He told us that the man had burned them and thrown the left-over, gray ashes into the ocean. I was heart-broken and could only wonder who this man had been and why he had done such a crazy thing as this. My dad was dead and I didn't know who the man was that claimed to be my dad.

Mrs. Crowsley, the lady wanting to adopt me, promised me that we would not give up until she was legally my guardian. We decided that since it had been a long, stressful day, we would wait until morning to begin our search for reasons why someone would do this so that we would be fully rested.

'Oh my goodness! Get in here, and hurry!' It was 2:47 a.m. when I heard Mrs. Crowsley yelling this. I quickly got out of bed and speedily ran to her room next door. 'What? Are you OK?' I asked. She took a deep breath and began explaining. She said that while she was asleep, she had a dream about something that had happened in her past that she had forgotten about. 'Eight years ago,' she began, 'I received a letter from my daughter. I hadn't heard from her in thirteen years because she had moved across the world, and even then I could not really make out what she was trying to tell me because the letter had been ripped and water had been spilled on it so the ink was smeared. There was only three words that I could really read and they were in the very center of the page. They said, 'sending baby Thomas.' I had no clue what she was talking about so I disregarded the letter and threw it away thinking that maybe, she had meant to send the letter to someone else.' Mrs. Crowsley continued, 'Now I realize that she was talking about you! Your name is Thomas, is it not?' 'Yes,' I replied. 'You are my grandson and she was sending you to me so I could raise you!' she exclaimed.

My recently discovered grandmother and I also figured out that the kid who had beat me up was trying to kill me because his dad was the one was supposed to make sure that I was safely delivered to my grandmother. The kid's dad was also the person in charge of the birth certificates and other important files for children, and he was the one that had destroyed my own files because he didn't want to get in any trouble for not doing what he was supposed to be doing. The reason he hadn't made sure that I was safely with my grandmother in the first place was because he would lose money and he did not want that to happen because he was a greedy man.

We were feeling so great because I now had a home and my grandmother had found me, her grandson, that we dropped all of the charges that were put against the man and said that we would just keep a close on him so that he couldn't do any more harm. We went home that day with a feeling of satisfaction and together, we began living our lives to the very fullest each and every day! 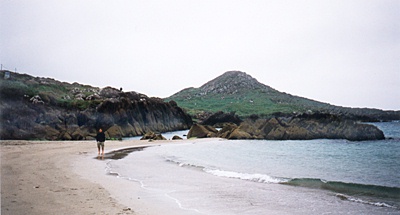