Are you going to wake up? | Teen Ink

Are you going to wake up?

Me and my family were driving to a restaurant when a car swerved in front and all I saw was a light. Then I opened my eyes luckily I thought we weren’t hurt. After that my dad went to the car that hit us to check everything out, and he called the cops because the driver in the other car wasn’t moving. We told them what happened the ambulance came my mom called the tow truck . We went home unharmed we were pretty much happy about that alone , we were glad it wasn’t us . Before I went to bed mom and dad told me they love me at that time I didn’t think it much. Because they say that to me all the time. The next morning it was Monday and my parents said I had to go to school no matter what so I was force to take the bus .Even though I hated it I sat next to this Goth boy that sat at the window seat I never saw him on the bus but I sat next to him any way. I said hi to be polite but he didn’t replay .When up got to get off the bus he grabed me and pulled me down and said “this isn’t real get out of this place”. I stopped but before I could say some thing I was shoved off the school bus . The rest of the day was normal ,I had a essay in social studies about the American revolution and I got held back form second period because I was talking to much then .when I was walking down the hall thinking about what that kid meant I bumped into a pole and all my booked dropped and fell to the floor . Then a teacher who was walking down the hall and saw me rushed over to help me he told me to be care full . While he was walking past me he whispered in my ear “if you stay hear the real world will disappear” and walked away. I yelled at him “what are you talking about what world will disappeared”. But he turned the corner so I dropped my books and ran after him but he wasn’t there. I turned around and ran to my books and picked then up I went to class still trying to piece together what they said . After school was over I took the bus but the Goth kid wasn’t there I took my seat .So I went home but my mom and dad were still at work. So I drooped my bag in the kitchen on the frig was a note it said “wake up you can’t stay here any more P.S. live a happy life”. I didn’t get it so I took my bike and went for a ride to the park I went to the swing started swing it was easier to think there . Most kids weren’t there cause it was a school day. But I saw this man playing ball with his son and the ball round over here and the boy came over to get it. I picked it up to give it to him and he told me in a cold voice “if you don’t get on you’re bike and rid it as fast as you can right now you’ll never see the real world” . All the things that really happened rushed over me , that we where the ones rushed to the hospital the I ran to my bike and I rided as fast as I could. Every thing turning a blur then all I saw was a light. I opened my eyes sun shining in them,and I began to realize where I was in a hospital room . A nurse looking at me in amazement then I asked where are my parents “g-g-gone” the nurse said. All that came out of my mouth was “oh is that so” I stared crying, but I was happy I was alive I guess in the back of my mind I new they weren’t alive. 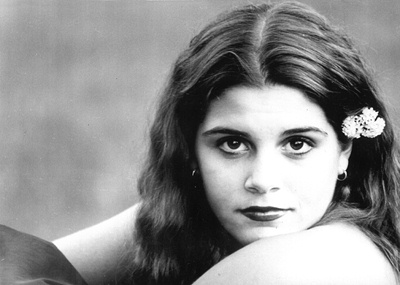