Silence fills the entire house, a silence so complete that sound no longer seems like a possibility. Standing in the doorway, he is almost afraid to take a step in. The house is dead too, he thinks to himself. When he finally walks into the house, the creaking beneath his feet somehow adds to the incomprehensible silence.

With a gloved hand he examines the grime on the mantel and the rust around the water faucet. He is very careful to leave the place untouched. The dinner table is covered in a thin layer of dust and the fruit in the fruit bowl is rotten and stinking. The fruit could be a sign, he thinks, it could tell us how long since…

Since. That was a word he used way too often for his liking. He never practically liked the past tense; it seemed like it was always the end of things. No, he liked the present much better. He flicks the light switch by the stairs, but as he suspected no lights turn on.

“It’s been a while since you’ve paid your electricity bills,” he murmurs out loud and then quickly coughs to cover it up, even though no one is listening. He takes the stairs two at a time, reminding him of his childhood and the games he used to play. He used to be happy. The house groans and sighs as he clambers up the stairs and it sounds like it’s in pain. So he tiptoes the rest of the way, even though he knows a house can’t really hurt. He spots a dark stain on the left wall. Is that jam?

He doesn’t stop to inspect, but takes note of it. The smell hits him first. It smells a bit like the rotting fruit downstairs, but much, much worse. He peeks into every room, even though he already knows where it is. He feels the stench coming from the room in the back. Shudders ripple through his body. Before he pushes the door open, he scrutinizes a slash in the woodwork. Definitely a knife.

With as much composure as he can muster, he opens the door. Anyone watching would notice his face pale and his eyes gloss over slightly. But no one is watching, so no one would ever know. There’s a circular carpet in the middle of the room, which is stained like an abstract painting in dark, dark red. It would almost be interesting if he didn’t know what it was.

“The body,” he whispers to himself. Pulling out a notebook he takes notes. A middle-aged man with a fairly decent income going by the house and the clothes he wears. Clutched in his cold, lifeless hands is a bloodied knife. Whose blood? A spilt, unlabelled bottle lies on the floor next to him. Alcohol. It almost looks like an accident, but he knows better. Observing the dent in his head, he guesses the man was hit with a baseball bat or cricket bat. But they could run tests on that later.

The body has been festering for around two to four weeks. The smell is becoming overpowering, he’s starting to feel dizzy. Not much longer now, he tells himself firmly. He checks the man’s teeth; yellow and covered in smoke stains. A smoker and probably an alcoholic, he shakes his head. Not a good combination. The bruises on his face and hands are an indication of him struggling before he was killed. This was no accident.

Leaving the body where it lay, he slowly goes down the stairs. The air itself seems heavier and he’s longing to run away from the smell, away from the house, but he has a reputation to uphold. With a deep breath, he steps out of the dead house. The amount of noise surprises him because the house had been so silent. Police cars surround the scene and he slips under the ‘do not cross’ sign so he can speak to the officers. People clap him on the back, but his face remains emotionless.

“How do you do it, man?” one of them asks, “How do you go in there and not feel anything? ” His voice is fall of awe, as are the voices of the others who are piping up to agree with the officer. For the first time there is a crack in his blank face and if you looked close enough you’d realize in that split second all the wrongs of the world were written across his face. But nobody saw.

In a detached voice, he says, “You don’t learn not to feel because that is not even possible. No, you learn not to let the emotions guide you. You feel the sadness and the horror, but you’re disconnected from the emotions. You’re isolated.” He hands the detective his notebook along with his phone number without a word and walks up the street his hands in the pockets of his long, dark overcoat.

“What’s his name anyway?” the detective asks examining the slip of paper that bared no name, only a number and his title, Forensic Analyst, written in bold. They could call him if they had more questions about the murder, but the detective had a feeling that this man had told them all they needed to know.

There is a few murmurs amongst the officers and then one of them speaks up, “No one really knows his name, sir. We just call him the Phantom.” The detective snorts at this, but doesn’t think much more of it. Soon enough he forgets about the ‘Phantom’ and he won’t be remembered until he is needed again.

But the ‘Phantom’ can never forget and as he walks up the road the very sound of his feet tapping on the concrete is the only thing keeping him together. He counts the footsteps he takes to distract himself from the emotions. In that moment he knows what he told the officers was true; he was isolated.

From everything. And nothing at all. 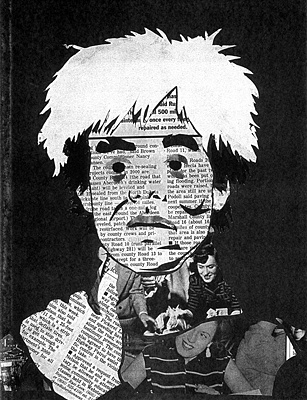