Favorite Quote:
"I am that which I am." - Han-Tyumi

I am a collector of dead people’s souls.

“Say whaaat?” You must be thinking as you read this, but honestly, I’m only a glorified tax collector, similar to the likes of Charon when you think about it. By the time someone’s time is up, I make it my business, or well, my boss’s business, to retrieve their everlasting soul. Or, at least, that was the plan until I came upon one Marcus Edward’s file. In every single person’s file, they have their birth and death dates listed to the T, so I know exactly when to collect them, which was exactly the case for Marcus.

When I embark on my collections, I follow a set of 2 instructions:

Do whatever you can to gain confirmation that the collectee is who they are supposed to be, just like the guy from Pineapple Express (we still get TV down here, we aren’t animals)

Bring the collectee from point A (the location of their demise) to point B WITHOUT being noticed.
Only two rules. Simple, right? Wrong. One thing I tend to forget to mention is that I’m not exactly... invisible per say. Literally any everyday Joe can see me as I’m walking down the street. The logistics are questionable, I know, but honestly, I’m just the messenger. If you think we run a flawless organization, then boy, are you in for a surprise.

The first mistake made was, and this is a real doozy, that Marcus Edwards was not, in fact, dead. Now, if he were, what he would be seeing right now is none of your business, I know you people like to speculate hard about what happens after death.

Now, back to the story. I make my way to the Edwards residence, which just so happened to be a dingy 1 room studio apartment in an even dingier apartment building on the backstreet of a backstreet in the Bronx. As I move through the door (physical barriers have never been a problem for me), and begin to search for dear Marcus’ corpse, to which I ended up empty handed.

Distressed and afraid for my job, I went back to the door to let myself out.
“Seriously....” I muttered, now slamming my shoulder into the seemingly locked door. Not soon after, I couldn’t even touch it as it grew to a smoldering heat.

“Well, well, well...” hissed the elusive Marcus Edwards as simultaneously slow-clapped and sauntered towards me. “I assume you’re here to collect me?” He now sneered as you eyed me up and down. “You don’t look like much... but you’ll make do.”

The room now grew intensely hot, and soon I couldn’t bear it.

“You see,” the oh-so cartoonishly villainous Edwards began, “there’s just something about you collectors that always fascinated me... how is it that you never die, but humanity stays encased in this... this mortal coil of life and death, I’m sick of it. Sick of it!” My eyes could only follow his movement, as the heat restricted me to the floor of the dingy studio. I watched as he walked to the pile of dusty books and newspapers directly to the side of his peeling leather love seat. I watched as he extracted an old beat-up book, and I watched him flip through the pages, before stopping halfway through.

For a while, all I experienced was a blur of lights and muffled voices. And then boom, a glaring light pierced my eyelids, and I couldn’t help but open them to see what could be producing such a bright beam. I felt my feet being dragged across linoleum floors, and I watched as the colored tiles slowly passed me by. I tried to look up, but my joints felt like jelly.
Before I knew it, I was hoisted upwards and dropped in a metal chair. I heard the click and squeeze of handcuffs. Blinking slowly, I tried to look around, but the light in my eyes made it impossible.

“Folder?” I heard a faint, gruff, voice utter. I could make out the scrape of the paper folder being slid along the surface of a table. I heard paper being flipped, and then a loud click.
I was quickly dipped into a world of sight, as the floodlight was turned off. I did my best to take in my surroundings, but my attention quickly snapped to the large, red-skinned humanoid in front of me.

My God... I knew that guy! I attempted to speak, but my throat felt... empty. I was still filled with confidence, as I saw the big man downstairs towering above me. Surely he’d recognize me and let me go!

“What’s this... Marcus Edwards?” His voice boomed down as he cocked a single bushy, jet-black brow and reverted his gaze down upon me. Marcus Edwards... what the hell is this? Some kind of sick joke?

I listened to him sigh as he lifted a massive obsidian gavel and slammed it on the desk.
“Marcus Edwards, I sentence you to eternal placement in the sixth layer of hell for...” I watched him lift his glasses to his eyes as he read a page, “...irrational sins...” he paused, letting out a deep yawn, seemingly bored. “...against God. Get him out of here.”

I tried to inform him of his mistake, that this was all some kind of disastrous misunderstanding, but to now avail, I could only kick and writhe as I was carried out.

My ears were bombarded with an infinite stream of white noise as I was dragged down the path through layer after layer.

“What is that noise?” I managed to make out. The words I said felt... wrong in my mouth. I didn’t sound like myself.

“If every man, woman and child banished to hell since the dawn of time were screaming in agony all at once, what do you think it would sound like?”

I was practically dropped by my assailants as this new voice rang out in my brain. After the noise settled and the backdrop of what I now knew were screams of the eternally tortured were the only sounds I could make out, I squeezed my eyes shut and opened them again, looking up towards the voice.

“Virgil.” The ancient looking man said as he reached one of his shaking, wrinkled hands. I was reluctant to take it, as I was worried I might tear his seemingly paper-thin skin. When I did grab it, I was taken aback at his intense grip, and the amazingly eased flick of his wrist that sent me up to my feet.

As I steadied myself, I stared down the cone-like spiral of steps ending in what seemed like a portal into the abyss. I was both fascinated and terrified, as never in my work had I visited where many of the souls I collect end up. I turned to face the man,

“Virgil.” He interjected without hesitation.

“Yeah... Virgil. Look, I’m not supposed to be here, there must have been-”

“Enough.” Virgil’s voice clapped like thunder in my ears. “I’ve heard excuse after excuse from your kind for centuries, I know what you are going to say.” He seemed passive at the idea of me speaking, so wisely, I shut my trap.

“Walk with me.” Virgil demanded, and I set off behind him, staring into the cone as we made our way down the spirals. 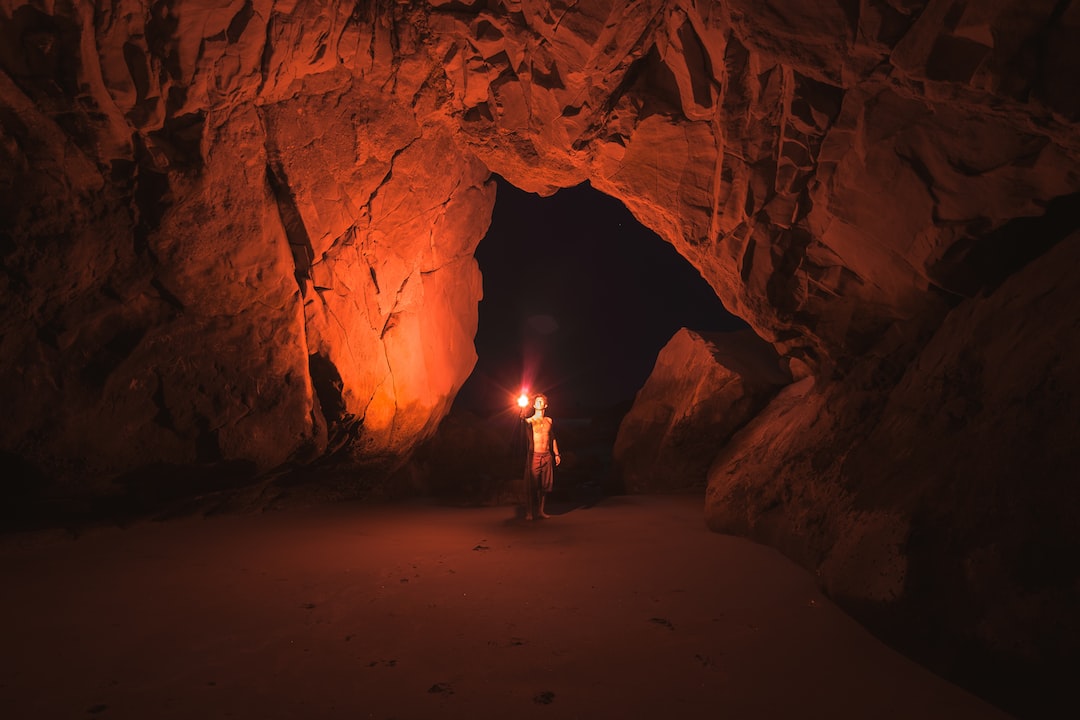 Photo by Jeremy Bishop on Unsplash