What would humanity be like when they’re infected. | Teen Ink

People are enjoying their daily lives but they don’t know that, just a few days later, a strange virus enters their world, and they won’t know how dangerous they are. On a sunny day in the big city, David and his small family were shopping for David’s little daughter, her name is Lina, and David’s wife is named Hailey. They are walking together in the city, they want to enjoy this warm atmosphere. Suddenly, a large screen located on a building announced that everyone should immediately return home, the city is losing control, because a woman with a pale face, white eyes is attacking people. The city became chaotic and shouting. David immediately drove Hailey and Lina home.. On the way home, they saw staggered people trying to attack towards their car. Little Lina cried very loudly so it attracted attention. David tried to dodge and drove as fast as he could home. When they get home they immediately lock the door, they turn on the TV to watch the news. The government says these viruses can be considered the most dangerous of the century. It causes us to slowly lose consciousness and become a zombie. The government is trying to learn about this virus and try to create a medicine against it. David and his family were inside the house for 5 days. David noticed that the food was running out, and he knew what he needed to do. He advised Hailey carefully before he went looking for food. He packed his things before he left. He carried a gun in his hand. He started looking for food, he became panic because of the scene in front of him, the whole city was covered with blood stains. He stopped at a small supermarket, he got enough medicine and food, then he went home. Their lives start to get boring, soon their food runs out, they feel hopeless and they start to get discouraged. But right at their most depressed, the government announced that there was a drug to help kill all zombies. They will spray the entire city with the drug, normal people will not affected by this drug. A smile appeared on their lips. 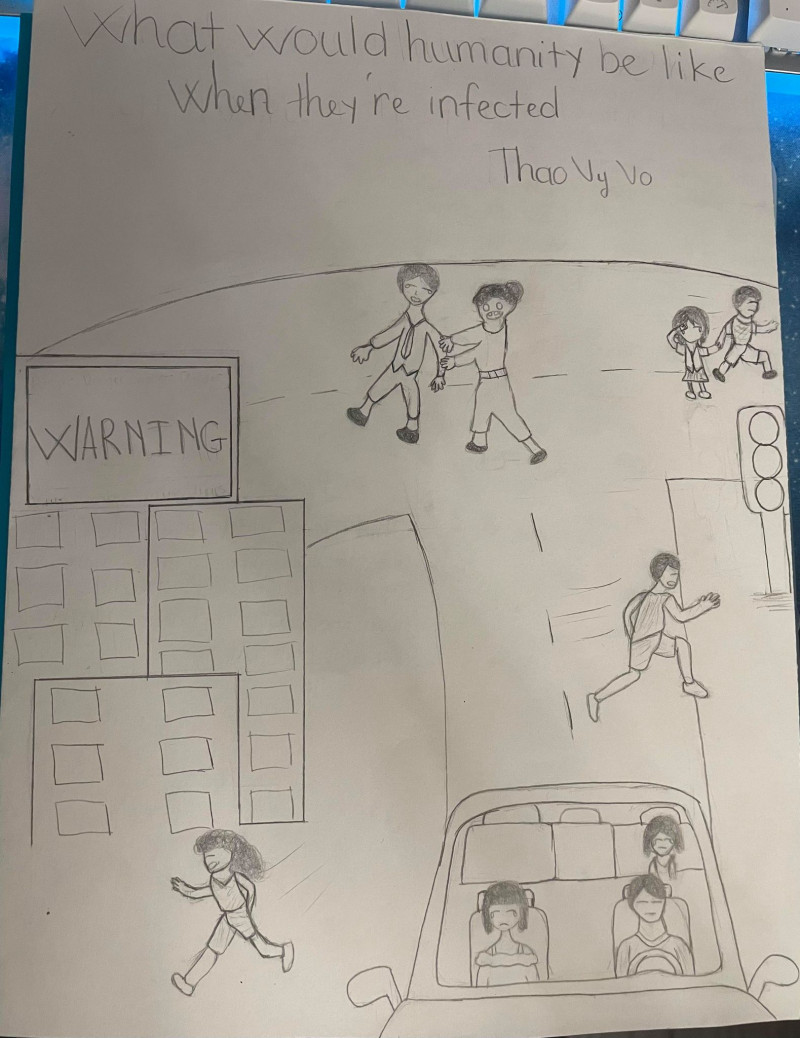 I am currently a high school student. I like to watch horror movie and that's why I wrote a horror story. I'm not good at writing stories.

Favorite Quote:
I've looked at life from both sides now
From win and lose and still somehow
It's life's illusions I recall
I really don't know life at all
--Joni Mitchell

View profile
I liked it, it was absorbing, but you tended to confuse the past/present tense.