She lingered in the evening fog, creeping under the listless searching glances of the pedestrians, pressing herself into the walls to remain invisible. The silenced woman: hidden, veiled, denied existence. Passively, innocently, silently, devoured by earth and dust with a stone pole as the ultimate seal, printed on which was her name, date of birth, a hyphen, and a space left blank for future carving—a piece of stone determining the length of her future.

She glanced into the room through the frosted window, the chandeliers reflecting light into her watering eyes.

She turned and saw a familiar figure stepping outside.

“I am sorry for what happened—the breaks of the car rarely malfunction nowadays, and itis truly unfortunate that such a brilliant young mind is lost. How are you?”

“Thank you, sir. The funeral was fine, but nothing is the same again after he is gone.”

“Things have returned to the way they were before you met him."

“Yet I fail to remember how life used to be—what my world was like without his presence.”

“Your life is not solely for the purpose of him. I hope you have reminded yourself of that.”

“Yes, sir, I have. You have taught us the importance of independence, that woman stood primarily as themselves, proudly unique, instead of clinging onto men as accessories.”

He lifted his hat as a gesture of farewell, and went back inside. His face shielded by the rim of his hat under the street lamps, she failed to see his expressions. But she could picture it. College was years ago but she still remembered the temper of her professor. Calm, collected, stern—detached. An inspiring member of academia, though somewhat less human.

She sat down at the steps of the house, her dark silhouette leaning against the glowing beams of the chandeliers. In the empty city streets a shadow emerged. Immediately she grew alert and focused her glances, only to see the shadow fading into light again.

She called his name. The shadow did not answer.

“Another illusion.” She smiled mockingly. “Might as well take advantage of it.”

“It was love at first sight. When I stared into his eyes I saw our future together in dream-like radiance. Yet the next four years of my life was like pealing an onion—ripping away the fantasy and facing reality with tears. Life became me standing by, watching the frigid lump in bed, hoping and praying for some residues of beauty under the senseless crap. Do I still love him—I question myself every night.”

“I came to the conclusion that I loved him once, but not necessarily him. I fell for an image of him I created for myself. I fell for the perfect companion in my illusions who happened to possess his face. He never, in the first place, existed in my world as a lover. He was my creation and shall accompany me until the final line is printed onto my tombstone. Till death do we part.”

At that thought she stood up and turned back. She stepped up to the doorway and entered the room.

First to the kitchen, where the maids already rested for the night. She picked up a knife, and headed upstairs to the master’s bedroom.

The house was the same model as hers so she knew it so well. From the front door to the master’s bedroom, from the kitchen to the garage, to the very string that could destroy the breaks that halted her youth. One man who robbed her of her body, the other, of her soul.

She stood outside the door. Her hand rested on the doorknob. The moment felt so real.

A shadow swept by the empty streets again. She forced herself out of the illusion and found herself again on the steps of the doorway, the chandeliers at the Christmas party still glimmering in the windows. An unfamiliar car passed in front of her, heading towards the steep slope. Down the hill, out of town, towards the university campus.

She could almost hear the crash. 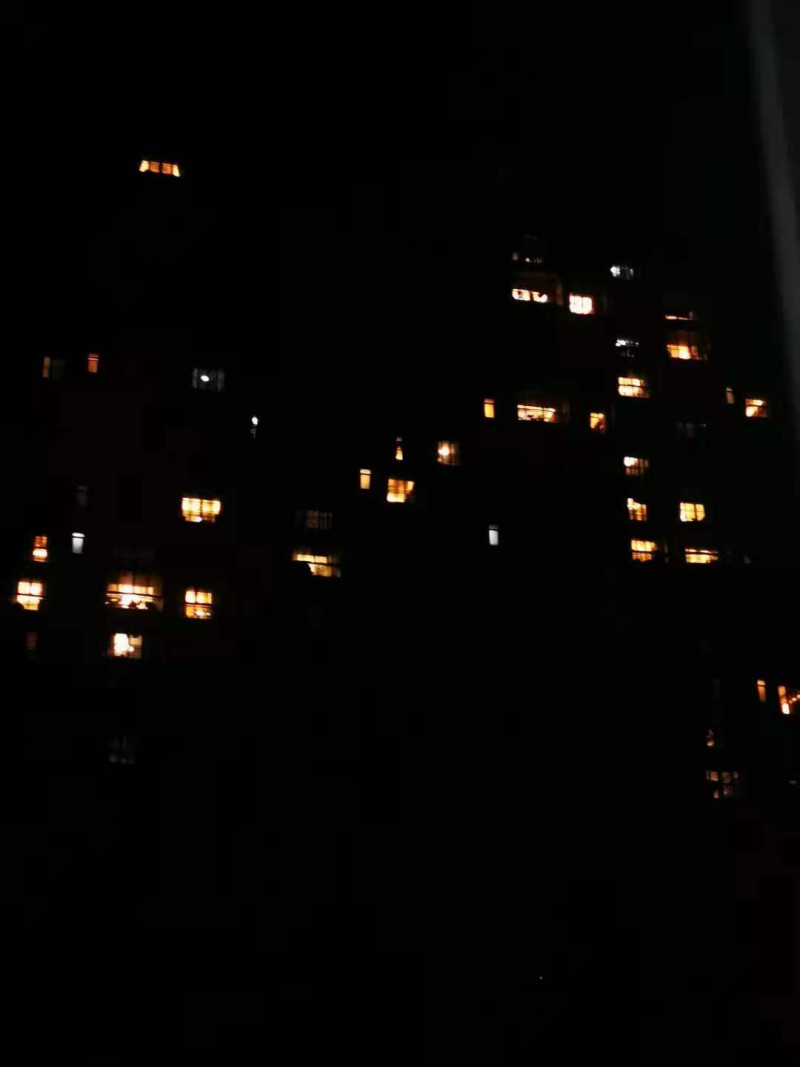