Int: A grand Ballroom. There is a wedding reception.
The guests chat or dance merrily all around the room.
In the corner stands a man, alone, away from the others. He holds a drink, and he swirls it aimlessly, a look of unmarred loneliness on his face. He stands in stark contrast to the joy around him, yet nobody seems to notice his existence.
Then, all quiets, and he looks up. He walks to the back of the gathering crowd. The bride and groom are in the center of the dance floor, holding each other close and slow dancing. The man watches quietly, holding back tears with the last of his emotional strength, when a look of recognition crosses his face, mixed with disbelief. He drops his drink and is given a few dirty looks by those around him.
A woman is looking at him from the other side of the crowd surrounding the bride and groom. She smiles at him knowingly. Then, she gestures for him to follow with one finger as she leaves the crowd and exits through a doorway.
The man, still with a look of disbelief on his face, shoulders out of the crowd quickly, knocking into people without noticing. He exits through the same doorway the woman went through. When he gets out into the hall, he looks around frantically, desperately searching for the girl. He spots her down the hallway, standing by a window and looking out at the moon. She looks his way, smiles, then goes through a door to her left.
The man walks quickly down the hall and looks into the room.
Int.: A small room with a piano-Night outside.
There she stands, leaning on a piano.
An old man in a tuxedo sits at the piano, waiting for his cue to play.
The woman smiles and walks to the man at the doorway, whom is still in a state of shock at the sight of this girl.
She takes his hand and leads him to the center of the room. As they reach it, the pianist begins playing. The man and the woman dance to the haunting music, holding each other close.
The music ends momentarily, then a new song begins, and they keep dancing, as if nothing else matters but this dance. It goes on like this, songs ending and beginning.
Then, at last, a song ends and no new one begins. The two stop dancing, and they look at each other. They kiss in a passionate embrace, an embrace that shows how much love there is between these two individuals. It shows for a brief moment their souls becoming one.
They pull away from each other, both smiling.
The woman looks at the man knowingly.
Realization dawning on his face, the man shakes his head ‘no’ in a slow fashion.
She shakes her head yes, and then walks away to the window.
She looks out into the night, and then looks at the man and smiles once more, a single tear rolling down her face.
The man, still shaking his head ‘no’, reaches out to her with one hand.
The woman raises one hand slowly.
The man walks forward and entwines his fingers in hers.
She slowly fades away to nothing.
When she disappears, the man drops to his knees, face in hands, crying uncontrollably.
The pianist watches silently, then slowly fades away.
The man is left crying as the scene fades to black.
Ext: A cemetery.-Early Morning
A man walks to a grave and stops, a single red rose and a card in hand. It is the same man from the wedding. On the grave stone is a picture of the woman from the wedding. The stone reads:
Clarice Dane
Loving Wife and Daughter
1980-2011
“An Angel Marooned on Earth, taken home to roost.”

The man delicately lays the rose and card down in front of the grave. The outside of the card reads:
“To my sweet wife, whom I will love for eternity and longer.”
The image of these two things fade to black, and the credits roll. 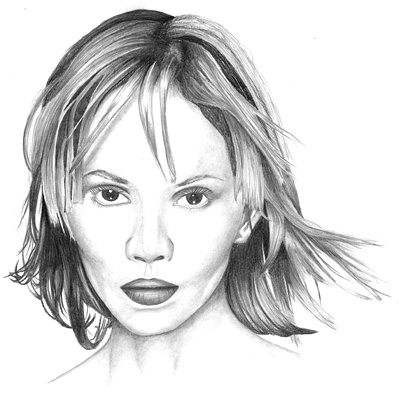 The author's comments:
I don't know how well this will format onto the website, as it has a tendency to screw it up. Ah, but let me introduce this. I pounded this out in about ten minutes, with minimal revisions. I hope you find it as romantically gripping as I do.
Post a comment
Submit your own

View profile
Wow! It was so beautiful and magnificent!! Great job, I've never seen a screenplay on here and fopund it entirely gripping and interesting, something new! Nice job!
PotterWhoLocked GOLD said...
on May. 10 2013 at 8:44 pm
PotterWhoLocked GOLD, Montclair, Virginia
13 articles 0 photos 28 comments

Favorite Quote:
"I like nonsense, it wakes up the brain cells. Fantasy is a necessary ingredient in living, it's a way of looking at life through the wrong end of a telescope. Which is what I do, and that enables you to laugh at life's realities."
--Dr. Seuss