All Alone Once Again | Teen Ink

All Alone Once Again

The half moon howl was approaching fast and Stone still didn't have a howling partner.He was losing hope fast.No one ever would lay their gaze upon him.Not even his own mother would love him.All because he was a runt.He fought for himself and hunted alone.He was even lower than the pups in the pack!Yet he stood tall and strong.

He padded out the entrance to his den only to be greeted by hostile snarls.Stone ignored them as he held his head high,proudly walking past to leave the clearing. "You don't belong!" screeched a young shaggy dark gray wolf named Dakota." At least I can fend for myself fleabag!" he snarled whirling around to face him.Stone rarely challenged any wolf let alone the next in line to be alpha.Dakota shot back and for the first time Stone finally felt the fierceness of a cold glaze. "How dare such a drooling mongrel like you challenge me?!" Dakota growled. "Stop it,he's not worth it," barked a sleek pure white she-wolf. "She's right," Dakota snarled in his face before turning and following the others.Stone grunted with satisfaction as he stomped away toward the edge of the Pack's territory.

He looked back upon the enlightened territory as he crossed the border.He traveled for days and then the most unexpected things happened!The sun melted beyond the mountain tops causing the valley to glow in a magnificent peach color.Stone was weary and tired as he struggled to take another step.He huffed as he collapsed.His eyes just barely open as he used his last bit of strength to let out the sad solo song of a lone wolf's howl.He closed his eyes peacefully as he breathed heavily.Yet a sound about as loud of a whisper filled the valley.He pricked his ears to listen as he wearily lifted his head.It was another howl.A few heartbeats later a shadow of a single wolf appeared only a couple yards away.Stone seemed shocked as the silver colored wolf raced toward him.As she approached he caught a smudged of curiosity.Her fur gleaming white and her eyes bright cloudy blue.Her coat was covered in star dust.

"Who are you?" Stone asked blankly as he gazed into her warm,welcoming eyes. "I am your mother Stone.I died giving birth to you and that is why everybody dare not lay eyes on you." she whispered.He looked at her in disbelief. "What?But Gazer is my mother." he corrected." You're wrong,I am your mother.I am Star.Do you really think your own mother would treat you the way she does.She treats you like that because she thinks you were cursed by the dark forest." she whispered apologetically.Stone turned away as his heart sank. "Is that true?Am I cursed by the dark forest?" he asked." No,of course not dear.You are blessed by the Pack of Spirits," she whispered.He looked at her and noticed she was beginning to fade." You were destined to be a lone wolf," he voice echoed in his ears. "No!Star!Don't leave me!" he whined,but now she had completely faded away and he was left stranded with her sweet voice echoing in his ears.He lay down and cried as he realized he was all alone once again. 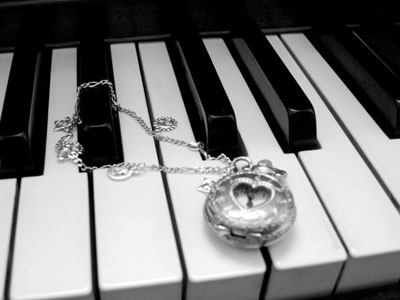 The author's comments:
I know it's not very good but I wasn't concentrating very much!
Post a comment
Submit your own