You ask me to think of a random word…

I can guarantee that the first thing to pop into my head will be peanut brittle.

Yes, it is an amazing substance that can best be compared to sticky brown glass.

You might even say it’s fighting with toffee for the title of “The Most Igneous Rock-ish Candy Ever Made.” For some reason though, no one else ever says that…

I think they find it far too nerdy for polite society.

Anyway, it’s a nightmare for those who are cursed with nut allergies, but it’s an amazing little morsel of delight for me at least.

However, that is not why that word will automatically jump to my mind with no warning.

It may be the dreams and visions, it may be that one incident four years ago that cost my parents a fortune for child therapy. (I don’t think it worked; I’m still vividly haunted by that smell.)

Whatever the reason, peanut brittle has become my twisted obsession.

I know, I know, of all the nouns on earth, why that? As I already said, it’s deeply intertwined with my past.

An awesome thing happened to me a while ago. I had the chance to visit a peanut brittle manufacturing plant. This, by the way, had been my life’s dream. The guide showed us a new sort of the stuff. It was a chewy peanut brittle! I thought that was absolutely absurd and somewhat oxymoronic. I didn’t like the thought of it, but they assured me that it was at least ten times more pleasant on the palate than the original.

I, in a completely reasonable tone, asked if I may try a bit. Tell me friend, is that so ridiculous a request to someone who’s been ranting about a weird new product for ten minutes? I, at least, thought not.

To my surprise, she nearly chomped my head off. A simple request can be denied, but she was defensive… way too adamant if you ask me.

After she calmed down the tour kept moving. I, naturally, kept to the back of the herd till I finally was left alone.

Without waiting a single instant, I rushed back to the big boiling vat and climbed the latter.

I looked at it.

“Quicksand…” Was my first thought.

I licked it. Forgive me for my atrocious disregard to hygiene. No one would ever find out.

At first it tasted how it looked, but then after a split second of disgust… manna!

Oh, it was pure gold for the gullet! A magic elixir to cure all discomfort! It was delight made manifest in a viscous form.

I went a little insane after that.

I kind of dived in… fully clothed.

I forgot that I had a pen in my pocket. I felt the pen burst in my clothes. Ink started shooting everywhere.

It was turning the non-brittle brittle greenish.

Something was wrong, don’t ask me how I knew, because I’m going to tell you now anyway and you’d be rushing me.

Anyway, I felt my bones turn to gooey mush. I knew I had become a super human at that moment.

I was like a real Mr. Fantastic, but way sweeter. (The pun was intentional… in fact, at the time I thought it would make an excellent trademark.)

One thing led to the next and it turned out that when combined with the ink from a ball point pen and ingested by a human, it wouldn’t remain soft and stretchy like taffies, it would revert to the original peanut brittle texture.

So now I constantly smell good, absolutely cannot visit Auntie Mildred, and I broke my bones into a powder quite a while ago.

If you ask me, the trade off was definitely worth it.

Yes, I am unable to interact with humanity… but I am the only person who has ever been turned into peanut brittle and lived to tell about it.

It’s a nice thing that I am the only person who could ever fully appreciate that peanut brittle.

So anyway… I completely lost where I was going with this peanut brittle. 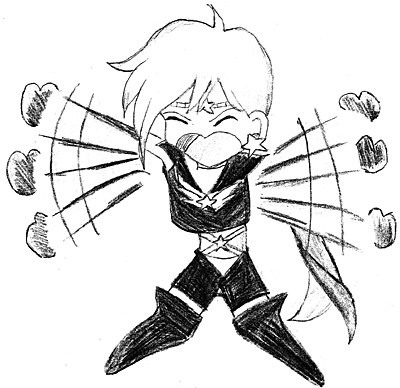 The author's comments:
This was a joke story that I spent twenty minutes on... it was fun to write though.
Post a comment
Submit your own

View profile
That was pretty good. It definitely kept me entertained for a good two minutes. The idea is kind of random, I must say, but overall, I enjoyed it.