He held the newborn child in his arms. It didn’t cry, just looked up at him with its unnatural eyes. They were light grey, practically white with no pupils. He knew on earth they would be different; a darker shade of grey, with pupils, rare, but normal looking eyes. And they would not glow like they did now.
Even in the flickering candle light of the underground safe room he could see the faint marks on either cheek reaching from the outer corner of its eyes and stopping just before its jaw line. These too would be different on Earth, gone.
Marks of wings…
I was impossible. It was a Protector, sent from the gods. But there was never a Protector such as the one he held. All the Protectors since the before the First War were male.
He held a baby girl.
His own daughter, marked as a Protector. Could it be a mistake? he wondered. But he knew there was no mistake, the Gods did not make a mistake of this importance.
He thought of the living Protector; everyone knew his days were numbered, but only he and his wife knew that today was his last day of life, and come midnight he would die.
One life ends, another begins.
“Ethron,” A weakened voice called to him from the back of the dirt room.
He turned and went to his wife; she lied in a small woven bed, sheets scattered across her sweaty body. “Illiana,” Ethron began, “our daughter is a daughter of the gods.”
“That is impossible,” She said reaching out for her baby. He transferred the small girl into her arms. Illiana’s gaze fell upon her striking eyes and the faint wings on her cheeks. “Has this ever happened before?” Illiana questioned.
Ethron shook his head in reply.
The cramped, damp room filled with the sounds of the Drums of War from the battle above their heads.
“If anyone were to see her she would be taken away, probably killed,” Illiana worried. The small child in her arms had started to whimper from the loud drums and the war cries of their people.
“I know, I know,” Ethron said, speaking above the noise from outside, and pinching the bridge of his nose between his thumb and forefinger, trying to think of a plan. He felt dirt fall from the roof of the underground cave, he needed to get his baby out, fast, before it all collapsed.
He flicked his hand in the air and a portal formed on the back wall. Ethron helped Illiana out of her bed and balancing their baby in her steadying arms.
They stood in front of the portal to Earth, foreheads together, heart beats in sync, both wishing this wouldn’t be the last time they saw each other.
Illiana looked down at the infant in her arms that was now lightly asleep, “What should we name her, Ethron?”
He too watched the baby’s soft steady breaths under the light grey blanket it was wrapped in, “Ebony,” He decided.
“Ebony,” Illiana repeated fondly to the sleeping newborn.
Ethron kissed Illiana lightly then kissed Ebony on her winged cheek. “My special Protector,” He whispered in her ear.
Then he pushed his wife and daughter through the blue-violet portal.
The gateway to Earth closed in on itself as the girls went through, just as a chunk of dirt dropped next to Ethron’s feet.
Ethron looked up at the dirt ceiling, watching as it collapsed from the ferocity above, tumbling on top of him, crushing him to the cool dirt floor with its weight, and plaguing him into unconsciousness.
? 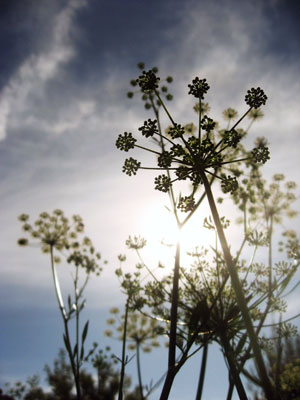 The author's comments:
This is my first serious story. Tell me what you think. I'll post the next Chapter when I finish it.

(Most likely this will not be the real title, I couldn't think of anything)
Post a comment
Submit your own

View profile
oh! also, when you said plaguing him into unconsciousness did you mean plunging? no biggy, though, it's a great story, although i like The White Dress better.
Dragonscribe BRONZE said...
on Oct. 6 2010 at 4:54 pm
Dragonscribe BRONZE, West Lafayette, Indiana
4 articles 0 photos 303 comments

View profile
This is good! Although I wish you hadn't revealed so much so fast, you really can't help that when you have to make the article short, and maybe what you gave away isn't the focus of your story. I love the name Ebony, by the way.