How the World Works | Teen Ink

How the World Works

As long as life has exsisted, it has been destroyed and reborn many times. And when I say many, I mean more than you can imagine. Eventually, all forms of life came up with a plan. All forms of life meaning the leaders of any creatures able to communicate in the universe. There are two main ingredients to this plan. The Book of Knowledge and a chemical called Everlast. The Book of Knowledge holds all the infromation of the past. It is passed down to each leader. It tells them the mistakes not to repeat and the things to do in order to create the perfect universe. Of coarse, this is a very hard thing to do. What happens when all forms of life in the universe begin to die out? This is an unstoppable thing. This calls for Everlast. A chemical so powerful, with one drop digested, you become a super creature. The indestrucatable, the most intelligent, the Everlastee to carry on life in the universe. So it goes something like this-Let's say the universe is dying out. Whoever is the leader of that year must pick four kinds of it's own species. In this case, it's the human being's turn to pick. Once the human being leader of the universe picks four special people to give Everlast to, he writes all of his knowledge in the Book of Knowledge. Once this is done, he sends out special creatures-the only creatures-to find Everlast. This is a difficult process. The creatures-Bombees-are the only ones who know where Everlast is located and how to get it. But in this case, the time in this story is very hard. Before I tell you, you must know there are two parties. The Aleegees and the Underlees. The Aleegee party consists of all creatures. Thier job is to keep the universe peacfeful and to only step in when major conflict occurs. The Underlee party is much smaller, for thier job is to kill out all the universe-even themselves-once the four Everlastees are choosen. Now, I will tell you the time in which this story takes place. The Underlees are getting restless. The universe has been lasting for too long. They thirst to kill. About this time, a disease has been spreading. It's very leathal, so it's hard to stop. One breath, and you are killed immeadiatly. Once this information gets to the human leader, he worries. He needs some Everlast just in case this disease kills any more people. But with rush comes mistakes. In this case, it's the mistake of giving Everlast to thw wrong people. 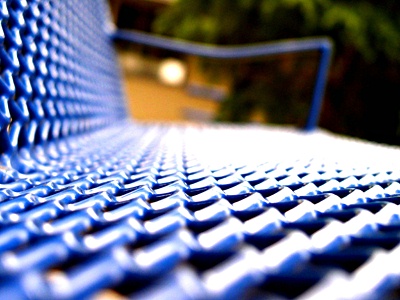 View profile
Well, that's a harmful disease. (no DUH emiri...kp) This plot kind of puts the whole universe in perspective, which is powerful. I want to see waht you can do wtih this. as a novel or ...soemthing.