He would be able to find it there, if there was an answer. Not completely in a different place but rather a different time. The death of Aidan's father in 1980, thirty years ago happened in the very house he still lives in. The killer was never caught, never heard of. The only clue is that it was family, given to him by an old man named Nadia at the nursing home he works at.

He was not even born yet when it happened, so he was never able to meet his father. He has heard so many stories of how amazing he was. Now, Aidan is thirty years old and searching for answers. He won’t find anything right now, but maybe in a time before him. Aidan has no idea what to do about getting to that time. Expect a clock that was given to him by that same man in the nursing home. It came with instructions reading, “Turn clock back to desired time. Move all the way forward to return to the present.” Aidan thought it was a joke of some kind. It was a nice clock and all but looked slightly broken. There was a big crack in the glass on the face of it.

Late one night while laying in bed, Aidan gets a wild hair and actually tries using the clock not expecting it to even turn. Aidan rotates the clock hands to the night of his father’s murder. Nothing. A feeling of disappointment rushes over him. After all of that, there was nothing. Then, a clicking sound started to emerge from the clock. The hands of it still have yet to move. That sound kept getting louder and louder. Watching the face of the clock, Aidan sees the hour hand of the broken clock twitch. Darkness washes over Aidan. He can see pitch black and hear nothing. In this state for at least five minutes, he believes he simply fell asleep. Thump. Aidan hits the wooden floor he's walked on his entire life. He is in the kitchen of his own home, but it feels off. After getting up, he discovers a newspaper dated April 13, 1980. The exact date his father was murdered.

“It's him! The murder!” Aidan whispers. Slowly, the figure moves into the doorway of the kitchen searching for who was talking. Aidan moves as soon as he is able to get a good angle on the figure. Grabbing him by the legs and making him hit his head against the counter,  the contact knocks a clock off of the wall onto the ground. The two men equal in size wrestle around the kitchen making a huge mess. Aidan gets him into a corner, then grabs a chef knife from the knife block next to him. Stabbing the man three times right in the stomach.

“That is for my dad!” Aidan screams.

He sinks to the floor trying to calm himself. After a minute of looking around, Aidan finds a light switch that he flips on. Turning around, the face of the man he just killed looked familiar. In every picture, he has seen of his mother this man was there too. It was his very father that he planned on saving. Feelings of confusion, fear, denial, and worry engulf Aidan. He finds the clock once more to redo this encounter, but it won’t work. The hands of it are stuck due to the crack on the face. Aidan rushes out of the house with the clock in hand to one day fix this. Again. 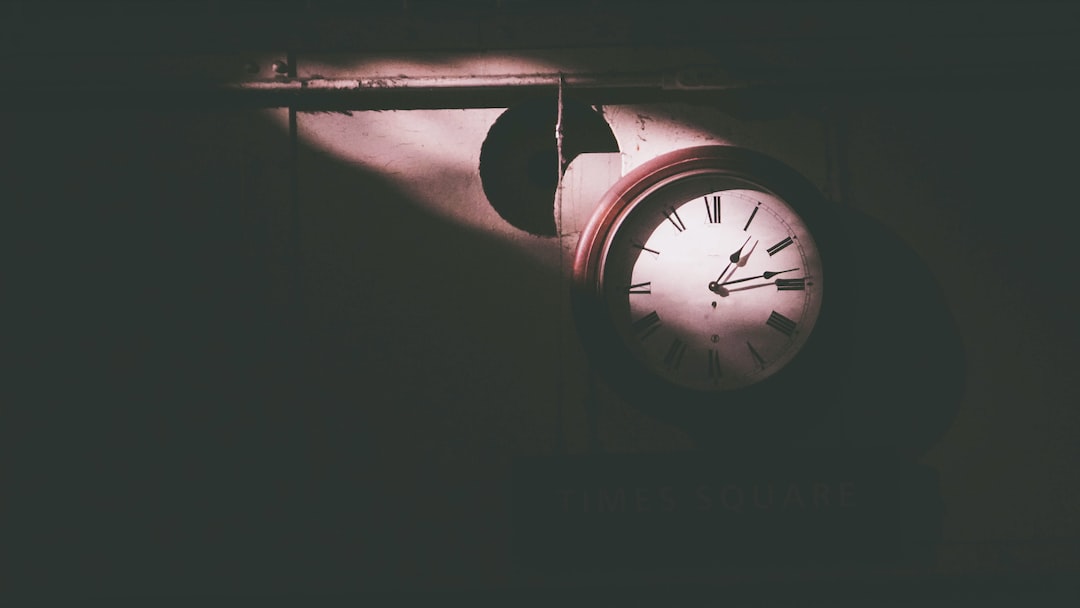 Photo by Srikanta H. U on Unsplash

I wrote this piece in my creative writing class for our sci-fi unit. I have always had a fascination with time so I wanted to play with that in my writing.