''Do you take Prince Amir to be your husband?'' the minister said.

''And Prince Amir, do you take Severna to be your wife,'' Amir said without hesitation.

''Then I now pronounce you husband and wife. You may kiss the bride,'' the minister announced and Amir didn't waste time, he kissed her immediately.

Severna was a princess and for that reason, she had to marry Prince Amir to unite the two kingdoms and bring peace for everyone. Amir was excited, but Severna was not as joyful. Who could blame him though, she was gorgeous from her soft brown hair to the blue in her eyes but he wasn't who she truly loved. Sure he was nice and all but he just wasn't what she was looking for so Severna spent most of her time under her favorite tree that was planted in memory of her father, the King who died saving his Kingdom in a war. Severna sat by the tree and read one of her favorite books, Beauty and the Beast, she loved how it ended with Bell finding her true love, oh how she wished for her own happy ending.

''Wouldn't it be nice to find someone who loves me more than just for my looks, someone I can love until the day I die. I wish my dream would spread further than these books.'' Severna wished while she wrote another poem:

Oh, I wish upon a shooting star,

To find my true love is not too far.

To love me for who I am inside,

Cause my dear true love,

I'm waiting for you.

She closed her journal and sighed. How will I ever find true love if I'm stuck here reading about it and writing about it? Then she thought harder, if her true love was out there he isn't going to come to her, she would have to go to him. It was decided, she was leaving tonight and was going to find her true love.

At last, the night came and as Amir fell into a deep sleep Severna slipped out of the castle and left. She knew she wouldn't make it on foot so she took a horse but there was one problem, she had never ridden or saddled a horse before. Instead, she just hopped on but she fell off onto the other side.

''Some getaway horse you are,'' she muttered.

Then she spotted a wagon. This was more like it! Something she knew how to do, sit. She boarded the wagon and took off.

As the sun rose she knew that she must have gone far enough for the castle guards not to catch up to her so she stowed the wagon behind some bushes and settled down to sleep.

When she woke she heard hooves thundering down the path. The guards were on her trail and it sounded as if they had a dog with them, they would find her for sure if she didn't act fast. She hopped on the wagon and commanded them to go and just as she thought they would, the guards were hard on her heels.

''Stop! Princess Severna! I order you to stop, you're making a big mistake!'' the guards shouted but Severna wasn't about to give up now.

The guards pulled up next to her and were about to pull the reins and stop the horses but Severna had other plans. She pulled the horses into the guard's horse and the horse bucked him off. One down two to go.

''Stick!'' one of the guards tried to warn but it was too late, the other guard was knocked off his horse and left in the mud.

''How about you just leave me alone!'' Severna shouted.

Just then she saw a tree log blocked the path but the guard behind her didn't so she had the horses keep going and right when she was about to crash into it she jumped off but the guard wasn’t so lucky. His horse swerved out of the way of the wagon and stopped as soon as he saw the log sending his rider flying.

“Should’ve stayed home,” Severna said with a chuckle then she made a run for the woods before the guard got his breath back.

It was night three on her desperate escape and she’d seen no signs of any guards so she went into a town. She went to a hose and rinsed herself off then sat in the sun to dry and wrote in her journal:

Another day on the run, I feel dirty and tired; but I must keep going for the sake of seeing my true love one day, but it’s been hard on me. This is day three and I’ve seen no signs of the castle guards but I’m sure they’ll turn up soon.

Just as she finished writing and put her journal in her satchel she heard the guards, they were asking around if anyone had seen Severna.

“Who are you? Back away and be quiet,” she said in a hushed voice.

“Shh, those men are looking for you, yes,” he asked and she nodded hesitantly. “Watch and learn, cupcake,” he said and she looked at him confused.

He stepped out into the open and she thought for sure he was going to give her away but instead he did something she would have never expected.

“Hey! You there, this Severna you’re looking for has brown hair and blue eyes?” he asked.

“Yes,” one of the guards replied.

“You’ve seen her,” another guard asked.

“Yep, she went to another town several miles from here,” he said and Severna looked on amazed as the guards got on their horses and left.

“I’m just that good and I should get you some warm clothes and some food, follow me,” he said.

She walked hesitant towards him but stopped.

“Wait, how do I know I can trust you, I haven’t even learned your name and we just met,” she said suspiciously.

“Name's Calix, and I kind of saved you from returning to a castle life with someone you don’t love, and do you see any other options?” he asked.

“How did you…” she started.

“I have my ways, now are you coming?” he asked and she simply nodded and followed him.

He led her to a small house and they walked inside which it turned out to be a clothing shop. He bought her a few outfits then led her to another building, where he lived and she got changed.

“You can sleep here,” he said as he pointed to a bed.

“Okay, thanks but where will you sleep?” she asked.

“Over there," he pointed out another bed.

She slept well that night and ate a real breakfast the next morning then it hit her. This must be the man she was meant to find so she settled down to write in her journal:

I think I finally found him! My true love! He is so handsome and he even helped me out of a sticky situation.

A few weeks later she knew this was the man for her. He was so nice and he seemed to love her just the same and not just for her looks. She wrote a poem for him:

I finally found you,

Now we can be,

Just you and me.

She skipped back to the house but what she found scared her. Her true love, Calix, was being taken away by the castle guards.

“Calix, you are being put under arrest for treason!” the guard yelled.

He saw her, he gave her a sad look before he was taken away. She cried herself to sleep that night, they were going to hang him for sure and she was never going to see him again.

Severna looked up and was shocked to see what met her eyes, her father.

“Dad… You're dead how can you…” she started but was interrupted.

“Shh, don’t worry about that. You can’t give up, your true love has been waiting for you just as you have been waiting on him,” her father said just as he disappeared.

“No, wait! Don’t go,” she said as new tears rolled down her cheek.

She knew what she had to do. She went back to the castle and went to where the jail was located. He was already up there with a rope around his neck and she ran up there.

“Stop!” she said as fresh tears rolled down her cheek. “You can’t hang him. I-I love him,” she said and shocked gasps followed. “I would give the world up for him and that’s why I’m going to say, I will be with Prince Amir but he has to live!” she stated loud enough for the whole crowd to hear.

“Very well then…” the guard was then interrupted.

“Wait.” Prince Amir said. “I love Princess Severna but if she doesn’t love me back then I say… Let him go and he will be with her because I found my true love. Princess Zadie, her sister.” Gasps erupted from the crowd and tears of joy ran down Severna’s cheek and she gave him a silent thanks.

“Queen Reina, do you wish this to happen?” The guard asked and she nodded.

“If it makes everyone happy again, then yes,” she said.

“Then, Calix, you’re free to go,” the guard said releasing him.

Severna ran to him and shoved the poem into his hand and he smiled so big and got down on one knee and proposed.

They got married soon after and a couple of years later, they had their own little ones, Severna finally got what she wanted all along. True love. The day before she died she wrote a poem:

I have lived a long life,

But I would never change its course.

Because I found what I wished for,

Love that was true as the sun. 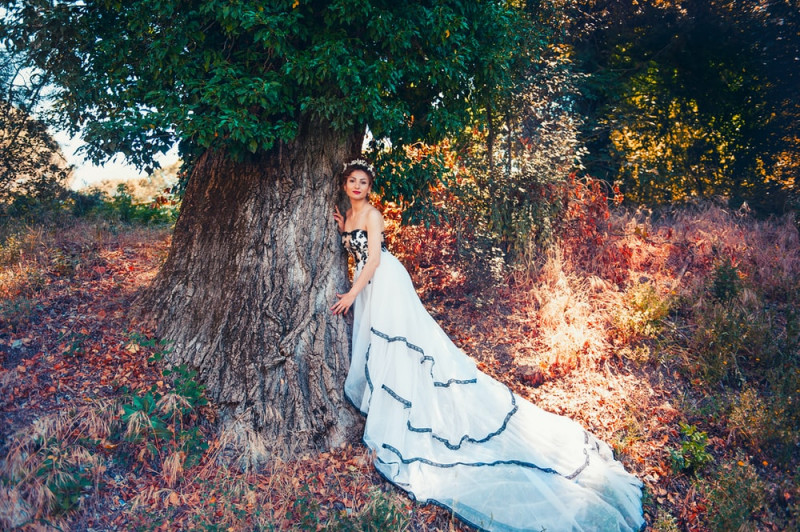 This story is another independent write and it follows the story of Severna and how she found her true love. Hope you like it! Please comment!

View profile
read the comments on when anges call. there's a glitch on google docs, I explained more over there.