Beyond the Border | Teen Ink

"Your presence is requested in Conference Room B by President Blackwell," chirped my watch. A transparent notification appeared above it, stating the same command in writing. I absently dismissed the notification with a flick of my hand. I let my gaze travel over to the floor-to-ceiling glass windows that made up one wall of my office. The weather seemed to match my mood today: bleak and gloomy. From heavy, dark gray clouds came sleek rain, strong enough to pierce the skin in moments. From here, I could see the faint outline of the transparent glass wall. The wall that surrounded our small city. The wall that stood between us and the rest of the world. The wall that hindered my dream: leaving this place. However, for once, I let myself hope. Because depending on how this meeting went, the wall might not stop me anymore.

Focusing on the task at hand, I glanced around my office as if memorizing it before letting my gaze settle on the stack of files organized by importance sitting on my spotless white desk. Grabbing the file perched at the top of the stack, I stood up, smoothing the invisible wrinkles present on my gray pencil skirt. Striding towards the glass doors directly across from my desk, I signaled for them to open with a wave of my hand and did the same to close them as I stepped into the hallway. Walking towards the elevators, I silently prayed that by the end of this meeting, I would finally be able to experience life on the other side of the wall. Holding my hand above the machine outside of the elevators, I hovered my watch over the scanner as I waited for it to be recognized. Seconds later, the elevator to my right opened and I walked swiftly inside.

The first thing I saw were his polished black shoes. I let my gaze travel upwards, taking in the spotless black suit he was wearing. The crisp white collar of his dress shirt peeked out from beneath the suit. The maroon tie he wore stood out against his otherwise rather plain and simple clothing. His bulging arms were folded across his torso, giving him a domineering appearance. My gaze continued upwards before colliding with his sharp, shrewd one. I was so infatuated that I didn't hear the doors closing behind me before we started moving upwards. "Good morning Advisor Brooks," he stated gruffly, an amused smirk touching his face, causing the piercing look to leave his eyes.

"Good morning," I whispered back, embarrassed to be caught ogling him like an immature school girl. I quickly focused my gaze downwards and stared intently at the floor beneath me. After what seemed like hours, the doors slid open. I exited quickly, not waiting for Advisor Warren to exit first. I walked down the hallway, staring straight ahead, holding my head high, putting the embarrassing elevator incident behind me for now. Knowing myself, I would spend a considerable amount of time thinking about it later. Reaching the door with Conference Room B printed neatly on the side, I signaled for it to open and stepped inside with Advisor Warren on my heels.

In the center of the room stood a large rectangular conference table, its dark brown wood gleaming as though it had been recently polished. Positioned around it were twelve swivel chairs, with the President seated at the head of the table. The President was a tall, broad man. Assertive and arrogant, yet charming and dependable. Always put together and showing no signs of weakness or struggle. Truth be told, I was intimidated by him.

"Good morning Mr. President," I murmured and beside me, Advisor Warren did the same.

"Good morning," he replied in a husky drawl, gesturing towards the table. "Please take a seat so we can discuss our next step. Time is of the essence so let’s make the most of it,” he said, smiling widely. “I just got of the phone with Ezra, the head of the aliens,” he continued, “He agreed to send us a few thousand of their willing citizens to help us build Rosemary. You understand what this means, don't you?" he asked.

Hope bloomed in my chest as he pinned both of us with a pointed stare. I glanced at Advisor Warren only to see him staring stoically at the President with no expression on his face. I’m sure my excitement was quite obvious, but then again, how could it not be? My lifelong dream was becoming a reality right before my eyes. I quickly fought to compose myself. Before either of us had the chance to answer, he went on to say, "You will both manage the new city of Rosemary. You will leave Fairlands and live on the other side of the wall." 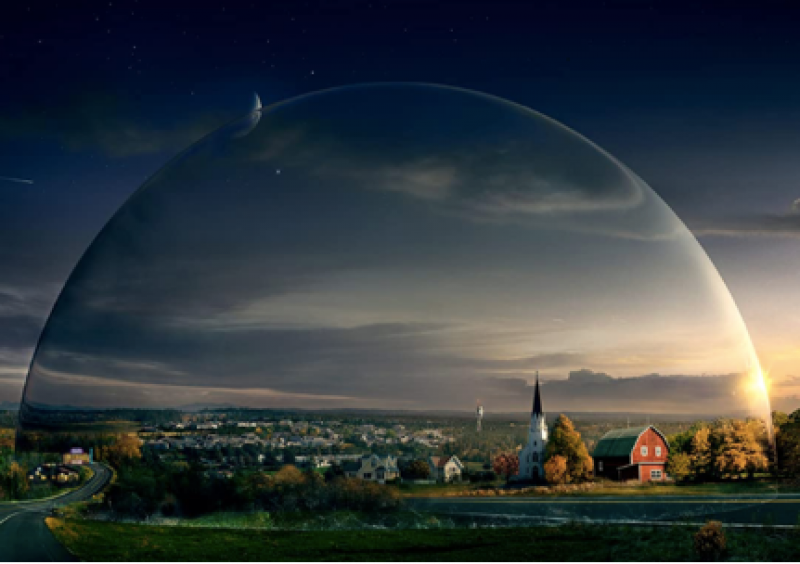 I wrote this short story as an assignment for my English class. I was inspired by the concept of escapism and the idea of unconditional hope. My teachers and classmates enjoyed reading it and I hope you will too.

View profile
Fiction
And You Thought Shopping was Hell
By Anonymous