Kelly's past is dark, something happened back when she was young...something she can't remember, but others around her seem to know. And when her mother mysteriously dies and her father disappears soon after, she is sent to her only remaining close relative Aunt Carol. Now in a big city living in a huge mansion, Kelly is broken. But then she meets mysterious Shade who has as many secrets as she has hairs on her head. Just when Kelly thinks things might turn out all right...her father is found and suspected of the murder of her mother death. Kelly is forced to face her past once more to solve the puzzle to her mothers mysterious death.
Can Kelly solve the mystery, or will the puzzle remain un solved forever?
And why does Shades secrets seem to mingle with her own, and is Shade possibly intertwined with her fate?
Find out in Dark Memories by Beauty Whispers.

I leaned back against the wooden bridge rail,  the same bridge I went to every night I could and most mornings. The night was as dark as ever and the only light that was visible, was the stars and the moon which shown like diamonds in the sky. I breathed in the fresh air, and tried to relax and just let the night sounds take me away. But everything that had happened in the past few days came flooding back to me, each second a new memory surfaced, each second unbearable. I saw my mothers pale face and heard her last words, " Be safe, stay away, be good. " Her words were every teenage girls nightmare, words one would never understand, yet felt no rest until they did. I saw my best friends hurt expression and my fathers red truck driving down the driveway for the last time. So many things had happened in the past month, and it had all started with my mothers death...and of course the boy.
My legs wobbled and I let my back slide down to the wooden floor of the bridge. My brown hair a mangled mess sticking to my forehead and cheeks from the sweat of the run, and the tears which streamed down as if I gave them permission, and I hadn't. I never used to cry, not until now, until that day... I could hear the water rushing against the river rocks just below the bridge, running away from the past like I wish so badly I could do. But I can't.
I heard fast footsteps, racing towards me. I choked back a sob but failed, a moan escaped my lips and I shuttered. Trying desperately to get to my feet, to run away from this place I used to call home, away from whoever was trying to hold me prisoner here. But as I got to my feet I felt warm arms around my shoulders, caressing and spreading warmth. I turned and buried my face into his shoulder and wept onto his shirt, he was the only one who new what happened, and the only one who cared. " It's ok, it's ok, it's ok. " he murmured quietly, repeating it over and over as if to drive it into my mind forever. It's ok.
I looked up into his blue eyes, wanting to look into them forever. His dark hair blended into the night and his tall masculine figure was outlined against the full moon which hung in the air behind him. He brushed a strand of hair behind my ear and smiled, and leaned in and kissed me softly. The sound of the crickets and the owls was like a music within itself, making the night seem almost magical. He pulled back his eyes sparkling with concern and passion, he rapped me in his arms and held me there for several seconds before whispering, " I love you. " My breath caught in my throat and the whole world seemed to hold its breath, waiting for me to answer. But what could I say? I'd lost everything in a matter of days, and now was I to give my love away too?
He put his hands on my shoulders and looked me in the eyes, his own sincere and honest.
" You don't have to answer, it's ok. " But I saw the hurt hidden behind his concern and sincerity, and it felt like a punch to the ribs. How was it that no matter what I did I was always hurting someone and disappointing another. But his words echoed in my mind, It's ok, it's ok, it's ok.
....but was it?

Please comment and let me know what you think, any suggestions or questions are totally welcome. Thank you so much to all those who cared enough to read this!:) 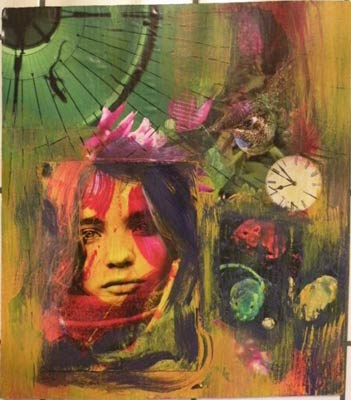 Please comment and let me know what you think, thnks! ;)

ApatheticSincerities BRONZE said...
on Apr. 24 2015 at 5:06 pm
ApatheticSincerities BRONZE, Reno, Nevada
3 articles 0 photos 6 comments
View profile
Analyzation of 420ULTIMATESWAGLORD2000 420: A number somehow representing the act of "lighting up" or "getting faded". What it really means: 4+2+0=6 and since there are two divisible numbers 6/2=3. There are 3 sides of the triangle in the eye of providence connected to the Illuminati. ULTIMATESWAGLORD: Apparently, you see yourself as the ultimate lord of swag(The most cliched word on the planet). What it really means: The use of the word: "ULTIMATE" implies that you see yourself as omnipotent, which rumors point out the Illuminati to be. "SWAG" was a term thrown in a song by an alleged member of the Illuminati that signifies, as of this date: 4/24/2015 - absolutely nothing at all, since the overusage of the word has drained it of its meaning. And the term "LORD" signifies that you rule over a certain sect of people, which ties to the Illuminati's goal - to rule the planet. 2000: It seems that this is just an ordinary number thrown in just because you needed filler for your screen-name. What it really means: Since there is more than one zero for every two numbers I do not have to divide by all the numbers that contributed to the sum of: 2+0+0+0=2.2=The number of groups who have been identified by the alias: "Illuminati", the first was a group of bankers from Switzerland that no longer exists (I think this is correct). The second is the entity that is controlling the trends that teens and many other people get from the media of this era. So... 420ULTIMATESWAGLORD2000=Illuminati confirmed.
ApatheticSincerities BRONZE said...
on Apr. 24 2015 at 4:50 pm
ApatheticSincerities BRONZE, Reno, Nevada
3 articles 0 photos 6 comments
View profile
This was a pretty solid piece of writing, although you could fix up some typos in between, but fortunately the typos don't interfere with the meaning or inhibit the reader from understanding. (The two that caught my eye were just homophones, no big deal just a couple of red marks if it were a paper.)
BeautyWhispers PLATINUM said...
on Apr. 13 2015 at 9:25 pm
BeautyWhispers PLATINUM, Nevada City, California
21 articles 0 photos 98 comments

View profile
Thank you Cecelia, I will try to make it less confusing lol. And 420U: I do not appreciate rude comments unless they have meaning, which yours does not. If you told me why it sucked maybe I could get better: but instead you chose to be rude about it. So thanks but no thanks:|
420ULTIMATESWAGLORD2000 said...
on Apr. 10 2015 at 9:47 am
420ULTIMATESWAGLORD2000, Chicago, Illinois
0 articles 0 photos 5 comments

View profile
This is a really interesting and exciting piece of work, though a bit confusing at times. I think the explanatory paragraph at the start could maybe be woven in to the story better. On the whole, I was drawn into it really well, and it's definitely something you should carry on with!