He walked up to her desk slowly. He tapped her on the shoulder and she turned looked up from her work. She glared at him and went back to her work.

"Come on, what'd I ever do to you?" he said, sitting down on the edge of her chair, pressing close against her side. She shot him a sour look and shoved him away.

"You're manipulative and immature."

The comment stung him a little. He thought about it. He could be a little immature sometimes. Sure, he got what he wanted when he wanted it. But that was why he liked her. She didn't give in to him.

"Mary, Mary, I know you know I don't mean it," he said. Mary didn't even look up at him. He panicked a little. He had thought that wooing her would be easier.

"Mary, look at me. Come on. I don't mean any of it. It just happens. I can be better," he said, doing his best to sound joking. She still kept working, her pencil tracing delicate letters across the page.

"Why aren't we friends anymore, Mary?" he said. Mary looked up at him. He sighed in relief, but was a little sad when he saw that she had her pitying face on.

"I know you're not a mean person Aaron. But you're really immature and you think it's cool to do really bad stuff. I don't believe that you did any of that, but I don't want to be friends with someone who thinks that kind of stuff is 'cool.'"

Aaron, hung his head a little and sat on the edge of her desk. He ran a hand through his hair and wondered at her. He tried so hard and still didn't wasn't good enough... She looked up at him. Mary felt bad for him, but he reaped what he sewed. She'd talked to him about this before.

"Mary..." he said, looking at her pleadingly.

"Why do you care Aaron? Are you making me your latest project? Remember what you did to Emmy last month? Got her hopes up all for nothing. Don't mindlessly make people think you care. It just makes them feel worse when they realise you don't," finished Mary, going back to her trig problems. Aaron scooted off the desk. He turned her head to face him and leaned in close.

"Who said I don't care about you Mary? I need to have a serious talk with them about lying," he said. His voice trailed off. She shook her head out of his grasp.

"Don't toy with me Aaron. You know well enough what happens when you do," she said. He did know. The last time he tried to flirt with her a little she took it the wrong way and they hadn't been friends since. He had only said she was the love of his life. The problem was that his nervous tone was very similar to his joking one...

Aaron sighed and sat back down on the desk.

"What can I do to win you over then?" he asked. Mary rasied an eyebrow.

"The simplest way would be to treat people better for starters."

"When have I ever been mean to anyone?" he asked.

"Emmy..." said Mary quietly. Right, he thought. Emmy had been coming onto him and he tried being kind to her. He tried to just play along. He never told her they were together. He didn't want to be with her. So when he finally told her that he wasn't interested, she was hurt.

"I admit, that was a bad call, but I didn't mean to hurt her feelings. I didn't want to be with her," he said. Mary sighed and looked his straight on.

"Then what do you want, Aaron? I'm trying to finish this," she said as she tapped her pencil against her pile of trig papers.

"I think the simplest way, at this point, would be..."

Aaron trailed off and moved closer to her. As his face came only a hairsbreadth away from her own, but Mary pulled away.

"What do you want from me Aaron?" she asked.

"I swear I'll be good for you," he said quietly, his nose, grazing hers lightly. She frowned at him

"Be good for yourself Aaron. You're the one who will benefit, not me," Mary said.

"Oh no Mary. It's all for you. I've been trying so hard..." he said. Mary pushed away from the table, almost hitting him in the head as she stood up.

"Aaron, tell me what all this means. Right now," she said.

"I really believe the simplest way would be to show you..." he repeated, finishing his previous sentence. He stood up beside her. She put her hands on her hips.

"I've had enough of this, what do you-" she was cut off as he pressed his lips against hers. She brought her hands up to the side of his face and brushed her fingertips slowly and haltingly through his hair.

Then suddenly, she pushed away from him.

"Now don't try and tell me that you weren't enjoying that, I felt your hands in my hair," Aaron said breathlessly. Mary shook a little bit as she stood in front of him. She didn't like the victorious gleam in his eyes, even though as she looked closer it seemed more like an innocent sparkle...

"I told you Aaron-" she was cut off again.

"And I told you I'll be mature. I won't fool around. I'm serious Mary. Just give me a chance," he said. There was pleading in his eyes at that point. She bit her lip and looked him up and down. He seemed sincere for once. He had hurt her feelings by joking about 'loving' her. But perhaps it hadn't been a joke... the nervous look overcoming his usually controlled demeanor were endearing.

"Okay Aaron. Okay, but only one chance." 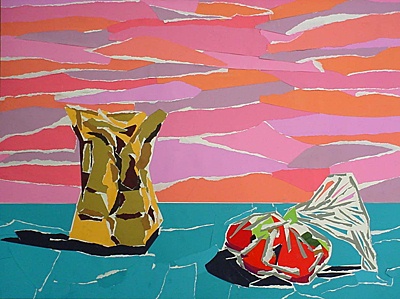 Aaron made me right this...

View profile
So sweet! The part about his "joking" confession of loving her made me laugh, as well as squeal from the cuteness. I hope it works out. :)