"Anyone can give up, it's the easiest thing in the world to do. But to hold it together when everyone else would understand if you fell apart, that's true strength."

"People should be able to say how they feel. How they really feel. Not, you know, some words that some strangers put in their mouth."

“Is that why you think I came here? To torture you?”

“Yes! That’s exactly what I think.”

“Well, that’s not it Sophie. I’m here to fix this. To tell you the truth. To get a second chance—“

“A second chance?” I scoffed

“Yeah; you need to know the truth before you go all out to push me away.”

“I know enough. I know that there’s never going to be an ‘us’ ever again. I know that I won’t ever let you hurt me again.”

“You don’t mean that.” His words were stern, but his voice said otherwise. His eyes searched me for the doubt, the lies, but the discovery didn’t register on his face. I guessed that maybe the uncertainty that I felt inside didn’t show on my face. That maybe what I was saying really was the truth. Maybe I was really strong enough. “Sophie,” he began, but I turned away. “You don’t mean that. It wasn’t me. I got busted that night. I told Gerry to text you to tell you I couldn’t get you. I’d make it up to you. I didn’t break up with you. I couldn’t go to prom, but I didn’t want to let you go. I swear.”

Aoran reached for me as I stumbled back at loss for words—at loss of a simple thought to process. I couldn’t think. I couldn’t speak. I couldn’t look at him, because if I did I’d lose everything I’ve fought for this whole time. I got my strength back and built myself up from my inner breakdown. I pulled myself out of the hole that text had dug up—the hole that I had allowed myself to fall in and get lost in.

It was a long, hard fight that I had won within myself only to be brought back down to it. But his words said there was no fight to win. His words said he wanted me as much as I wanted him this whole time and all I had to do was tear down the walls that I built. But the problem was, I didn’t think I could.

“I got busted on prom night for renting out the tux that I had gotten for the big night. You know my parents. ‘No job. No money. No stuff.’ They made me cancel. Gerry came to pick me up right when my dad and I were arguing. I passed him my phone, told him to send the word. He sent that other text and next thing I knew I didn’t have a phone anymore.

“I was cut off by my parents. Stuck and grounded. I couldn’t get a hold of you. I didn’t know what was going on. You weren’t going to school; no one was telling me what was wrong. I thought you were just mad about me bailing on prom. But then Gerry told me what he did like the cocky moron he is. He told me he kissed you. He told me that he asked you to the prom. He called you a b**** for pushing him away and now I’m here.”

“Because you got in a fight with him and got kicked out of Princeton, because of me.” I admitted silently, more to myself than to him.

“So?” Aoran’s voice pled with a silent grief.

I didn't answer. All I wanted to do was curl up in a blanket and forget everything the world had ever thrown at me. 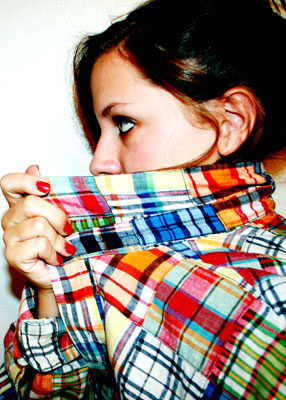 Favorite Quote:
"Love, but never fall in love, because things that fall get broken"
-Taylor Swift

View profile
I have been reading every post that you have made and I love you! Today i started reading Chapter 1 of this story, and I am addicted! Where is Chapter 9???? I NEED it!!!
SWKit_kat GOLD said...
on Dec. 29 2011 at 9:26 am
SWKit_kat GOLD, Janesville, Wisconsin
16 articles 0 photos 9 comments

Favorite Quote:
Don't cry because it's over be happy because it happened

View profile
I really like this story. The only problem I have is that things happen a little to quickly and why would Gery be picking up Aoran to go to prom? It just doesn't make sense but I do love the plot line. It's very interesting and I hope you post your next chapter soon ;) but remember to watch out for spelling, grammar and punctuation errors. ;)
Bballgrrl SILVER said...
on Dec. 7 2011 at 7:54 am
Bballgrrl SILVER, Loveland, Ohio
6 articles 0 photos 2 comments

Favorite Quote:
Success is not measured by what you accomplished but the oppostion you have encountered, and the courage with which you have maintained the struggle against overwhelming odds.
-Orison Swett Marden

View profile
There's no way you can leave us hanging like that!!! I just started reading this story and now I'm addicted!!! Please tell what happens!!! I love the dramatic pauses between chapters. It makes the suspense go crazy as I scroll to the next chapter!!! Also, will you tell me what you think of some of my writing? That would be great. I just submitted a new poem today. Thank you!!!
XxilybbyxX SILVER said...
on Oct. 24 2011 at 4:32 pm
XxilybbyxX SILVER, Saginaw, Michigan
5 articles 0 photos 40 comments

Favorite Quote:
Sometimes we build up walls, not to keep people out; but to see who cares enough to break them down.