I can't believe it! I actually believe it! Why? I know he hurt me, so still why do I believe him? Because you want to, whispers part of me, oh shut up, I couldn't care less. But I do, I care a lot why he hurt me. But as I'm thinking it over, one part still confuses me. The part about the hunter saying that Vlad can't love me. I voice my confusion, “But why would a vampire hunter care about you loving me?”

He seems surprised that I asked that of all that he said, but he looks relieved that I believe him. He says, “He said something about you being his forever, he said his name was Moralli or something like that.”

My world stops again. Pretty soon the world is gonna get messed up if it keeps stopping like this. I gasp and ask, “Oh my god. Vincent Morelli?”

He thinks about it for a minute and he snaps his fingers and says, “Yeah that's the one!” But then his face clouds over with confusion as he asks, “You know him?”

I blush, thinking of what happened with Vinny in 4th grade, and I blush even harder, looking sheepish as I say, “Yeah, I kind of had a crush on him, I told him and it went horribly.” And it did, it was a disaster. I try to think of it as least as possible. See, I never really liked someone the same after Vlad. Sure, I would have the occasional crushes, but never the same. Not even close. I kept trying to forget him, but without me realizing, I would compare them all to Vlad, thinking “no, hair's too short” or “no, doesn't make me laugh as easily or the same way”. They just never fit up to the standards that he had set. Hopelessly romantic right? As I'm thinking that, I look at Vlad's face.

Surprisingly, Vlad looks odd, like he's working to keep his jealousy in check. He did always have a problem with that though, but yeah right, like he actually cares that I liked other boys. But his voice actually has hurt in it as he just says, “Oh.” But then he brushes it off, and I almost think I imagined it as he says, “But now do you get why I pushed you away?”

Back to this, I had almost forgotten, thinking it was back to the good old days when nothing was wrong. I can barely mask my sarcasm as I say, “I almost forgot, thanks.”

Vlad looks actually upset now, he throws up his hands in disgust, and I smile a secret smile to myself that I got to him. He sounds annoyed as he steps closer and says, “Ugh you don't believe me! How will I get you to realize I still love you?” The last part came out in a yell, and even he looks astonished that he said that. My eyes widen in surprise, but then I quickly change it to disbelief. Okay, that was a surprise, but yeah right he still loves me. 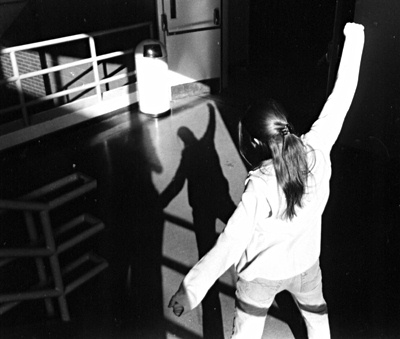