Dear Evalynne,
I know that you already promised me that you would stay away from Michael, and that’s great. Believe me, I’m very relieved that you made that promise. But there’s something else I need you to promise me—and this is for your own safety too. I need you to promise me that you will stay away from Will.
I know that he’s your friend, and I know that you’re beginning to have feelings for him. But you can’t make it seem like you’re friends with him. Not while Michael’s here at least. Evalynne, I love you so much. And if anything were ever to happen to you, I’d feel like it was my fault. So please just cooperate with me here, and stay away from Will. It’s for your own good.
And if you’re wondering why I’m writing you letters in your diary, it’s because it takes a lot of strength and energy for me to actually talk to you. It’s much easier to just leave these letters. So if you don’t mind, could you write back to me so we don’t have to talk?
I love you more than words can express. You mean everything to me, and if you were to die—to get murdered—I’m not sure what I would do. I can’t even imagine how much pain I’d be suffering. So please keep away from Will until Michael goes back to college.
Love,

This was what I found in my diary when I opened it up to write in an entry that morning. And when I read it, I nearly cried. Because reading those words made me realize just how serious this whole situation really was. There was a killer staying in the house next door to me. A killer who murdered girls that became friends with his brother. And Will was one of my nearest and dearest friends.
This couldn’t be happening. This was my life, not some Stephen King novel.
“Ugh,” I groaned as I rolled out of bed. I walked over to my window to open my curtains—which I had closed after I caught Michael staring at me last night—in order to let some light into my room. Fortunately, the curtains to Will’s bedroom were drawn shut.
Aside from Ash’s death and finding out that Dad was cheating on Mom, this was the worst thing that had ever happened to me. Why was my life so screwed up? Why was I cursed with this horrific life? What did I do to deserve this?
Sighing, I trotted back over to my bed and plopped down. Then I grabbed my pen and my diary and began writing.


Dear Ash,
What you’re asking me to do is going to be very difficult for me, considering that Will’s one of my best friends. However, I will force myself to suck it up and deal with it until Michael leaves. Not for my sake, but for yours.
Because honestly, I really wouldn’t mind dying. After all, if I were dead, I’d get to go up to Heaven and be with you again.
I know what you’re thinking: “Oh no! She’s going to try and kill herself!” Well you can stop freaking out, because I’m not going to do that. I would never do anything to hurt you. Which is why I promise to stay away from Will until Michael goes back to college.
I just hope he goes back soon, because I really don’t feel comfortable with him staying right next door to me. That guy’s a creepy psychopath! Oh, and I was wondering something. Should I tell the police about this?
Because that seems like a pretty good idea to me. But I want to check with you first, just to make sure it’s ok.
Ok, well that’s all I really have to say for now. I miss you so much that it hurts, but I’m glad that you’re not completely gone. And even though you’re dead, the memory of you is still alive inside my heart. I love you.
Love,

Author's Note: So what do you all thik of Michael so far? 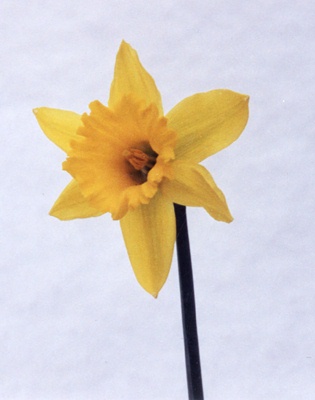 The author's comments:
So what do you all think of Michael so far?
Post a comment
Submit your own

View profile
Im really glad yu added the whole Michael/serial killer creepy psycho dude thing, because honestly, i was getting kind of bored with Evalynne's indecisevness...
writemymusic33 GOLD said...
on Jul. 16 2011 at 3:40 pm
writemymusic33 GOLD, Dublin, Ohio
13 articles 0 photos 15 comments
View profile
"the rest of dad's life is going to be an epic fail" HAHAHAHHAHAAHA laughed soo hard. great line!
TuffGurl said...
on Sep. 28 2010 at 4:56 pm
Michael is the Kool-Aid Creeper (OH YEAH!) times fifteen hundred. He needs to DIE!!! OMG you should make it so the police find his body in a warehouse or something and Will honestly didn't do it and neither did Evalynne and no one they know but everyone thinks Will did it
HippieNamedAnna PLATINUM said...
on Aug. 21 2010 at 1:41 am
HippieNamedAnna PLATINUM, Kansas City, Missouri
21 articles 7 photos 90 comments

View profile
Definitely!  He's a psycho, but he adds a lot of flavor and suspense to the story, so he's a great addition.
sweethearrrt GOLD said...
on Jul. 6 2010 at 1:31 pm
sweethearrrt GOLD, Portland, Oregon
10 articles 7 photos 43 comments

Favorite Quote:
"I'm selfish, impatient and a little insecure. I make mistakes, I am out of control and at times hard to handle. But if you can't handle me at my worst, then you sure as hell don't deserve me at my best."
— Marilyn Monroe

View profile
Love how this one has so much more plot.  It's great! And as for what I think about Michael...well, I think that he has an appointment with a padded room and a straightjacket.  I know I keep repeating this, but when they're posted do you think you could check out my stuff?
TeamJacobArchuleta ELITE said...
on Jun. 5 2010 at 11:26 pm
TeamJacobArchuleta ELITE, Chicago, Illinois
183 articles 7 photos 484 comments

Favorite Quote:
And so she danced...

View profile
creep much?! Michael's totally freaking me out but he's the perfect character to throw into an already amazing story!