Favorite Quote:
"Where there's a will there's a way"
"Imagination is more important then knoledge"

Joanne was Cook’s favorite, still is. Nobody here at LL’s Diner remembers a time that Joanne didn’t open the doors at around 11:30 every Friday night. We would all know she was here when she tapped the cigarette box against the counter while simultaneously flicking her lighter. She would slide onto the bar stool directly across from the poster that says “no smoking”, arrange her 6 cigarettes in a line, and aim her smoke towards it all night long. Nobody ever tried to stop her or even politely ask her not to blow smoke, it was like an unspoken rule. Each Friday she would point to a different food on the menu and eat and smoke in silence. Only Cook has ever heard her speak, or so he claims. He says that her name is Joanne and that the TY she makes on the counter with her cigarette butts means ‘thank you’. I handled her orders and checks one Friday a month, it became the reason I stuck with this job, it’s the reason everyone here did. Each time she handed me the money for her meal, I learn something about her that I share with all the workers. We all did this, all the waiters at least. Every Friday night we would stay a little late and talk in the back pantry about what one thing we all learned from her during that visit. My first day with Joanne, she extended her arm out and handed me the money and as I took it, I saw two small indentations on her fingers from were the cigarettes rested. During another meal, I noticed Joanne’s hand wavering over the remaining cigarettes, carefully calculating which one to smoke. My coworkers began noticing the same thing and within the year, we realized that Joanne never smoked those 6 cigarettes in the same order. Not once. After she arranged her small TY on the counter, Joanne swiveled left or right and walked out. She either turned left or right. Some waiters said that when she swivels left, she leaves right. But I saw her twice swivel right and leave right. We all came to the conclusion that there was no direct correlation with the direction she swiveled and the direction she left. Joanne was the only one who knew which way she would go, and this made for a perfect opportunity for friendly bets on ‘who knew Joanne the best’. Each Friday before she would come in, we would all put 1$ in either the “left swivel” or “right swivel” jar as well as another dollar in either the “door left” or “door right” jar. The money was nothing compared to the glorifying feeling of knowing Joanne better than the others. Cook hated these bets. “She’s a human being not a horse,” he would tell us. We never really saw Joanne as a person, rather a figure: a moving piece of details and fascination.
Another night I noticed that each long shirt she wore had a permanent wrinkle just at the crook of her left elbow. From Cook’s window I used to watch her smoke; her arm was like one of those arcade claw machines: the microscopically chipped red nails extending from her bony fingers would wrap around the cigarette just as her forearm would begin to elegantly transfer her collected prize from the counter to her mouth.
The rare nights that we thought she wouldn’t come in felt like the end of the world. I would be cleaning dishes and monitoring the old clock. We would all exchange glances at each other with a similar understood look of “maybe today’s the day”. And like kids on Christmas we would hear that familiar tapping of the cigarette box and sigh with relief.

Today was a slow day though, we were short one customer. Well, I guess now Friday was yesterday seeing the time. Even the first time insomniac customers knew something was wrong in the diner and kept looking around for something. Cook locked the door just as a customer was trying to come in and taped a ratty piece of paper that said, “closed” on the door window. As a 24-hour 7-day a week diner, we didn’t own an actually closed sign. I couldn’t’ remember the last time Cook escaped from his little kitchen nook, I wondered if this was the end of LL’s Diner. I think we all wondered that. He told the four of us to go home and get some rest and he would see us tomorrow afternoon at our shift time.

That was the last time I ever saw Cook. It was like he disappeared with Joanne. Without Cook working today, I had to help out in the kitchen. Needless to say it was a long and awkward day. Until night rolled around. One of the waiters who was sweeping the floors noticed the 11:30 bus down the block. We knew Joanne wasn’t on it but maybe someone on there knew her, or saw her, or knows anything about her. I was nominated.
“I think I know the woman you’re talking about,” he looked up, “yeah, nothing special about her. I would pick her up from Darrin’s Ave, she’d sit in some random seat, and ring the bell to get off at your diner. That’s a three-block distance! One whole dollar for three stupid blocks! Can you believe that?” He shrugged, “Well I didn’t care, a dollar’s a dollar.”
“Did she say anything?”
“What?”
“Did Joanne say anything to you?”
“Yeah – ”
“What?”
“Nothing when she came on but she’d tell me to ‘Peace out boy scout’ when she’d leave. Look why do you care? Just ask her yourself.” I knew I would never get that chance. Even if I did I couldn’t talk to her.
“What did she sound like?”
“What? Look I got to go okay?” He opened the doors and pushed me out.
“What did she sound like?” I held the doors open with my hands. I was going to get my answer.
“Like a woman, nothing special I guess. I gotta go.” The doors shut and he drove off. What a lucky b------ and he doesn’t even care.


After 108 Friday’s ago, all but three of us who experienced Joanne still work here at the diner. Together we knew Joanne better than each other, but we didn’t remember what her face looked like. None of us saw Joanne as a person; she was a figure, a moving piece of details and fascination. We knew Joanne, through who she was, not what she looked like. 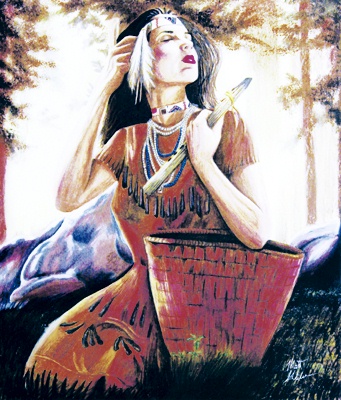