The Story of Santa Claus

“I’m sorry, but I don’t get any money for doing this. How am I supposed to pay for all the resources and pay my employees? I’ve already had to downsize the workhouse; what’ll be next, mm? How am I supposed to pay the bills? ... Well, it’s nice to know what you think of me... I – I honestly don’t care. Good day, sir,” I slammed the phone down, breathing hard. It was the eleventh complaint call that evening, not to mention several angry and demanding emails – and the phone was already ringing again. I left it this time and heard the furious voicemail afterwards. I sighed and went to get myself a glass of milk.

I didn’t like milk at all, believe me; I really didn’t. For centuries, little kiddies had left me stale mince pies and watery milk, when I’d much rather have had a cold beer or a cup of tea. I poured myself some milk and took a sip, knowing the taste would be just the same as all the milk I got left by the kiddies. I bashed my boiler on my way back to the living room. It had conked out again, but would the landlord come and repair it? No, of course not, they said they would next weekend but until then, ‘they’re too preoccupied to go into immediate action,’ which was absolute poppycock. In the meantime, I couldn’t even make myself a cuppa or run myself a hot bath, having to put up with milk or water and cold washes.

Grumbling to myself about the boiler, I entered my lounge and sat down in my large, squashy armchair and comfortably sank down into the fluffy pillows. I peered about the room, trying to stay comfy and positive, but my eyes always landed on my mantelpiece and that evening was no exception. A photo of Mabel, my wife and Tyler, my son, stood in pride of place, beside my cute little clock and some baby photos and other things. I placed my milk down on a placemat and sighed, wiping the milk off my beard and moustache. Now I didn’t have to work at the ‘Santa Claus’ firm, I could trim my beard and maybe even go on a holiday without having people pointing at me and yelling stuff, not that I minded too much. It was just that Tyler used to get dead embarrassed when people did that and hated getting so much attention. He used to hate it when I sung Christmas carols or went out and pretended to drive a sleigh outside my workhouse with fake snow all over for the TV companies. He’d wanted a macho father. I sighed again and went and picked up that photo of Mabel and Tyler in the centre. I stroked the glass lovingly, staring avidly at my dear wife.

Mabel used to love me. She also loved the publicity, being called ‘Mother Christmas’ or ‘Mary Christmas’ and the like, but when we stopped getting money in, she went off with one of the telly blokes and the TV company went with them. Nobody paid me to give gifts to children and soon I was working (and paying for the presents and my workers, who were mostly people with dwarfism) for absolutely nothing. Not to mention the fact that for the majority of the year, my business wasn’t even running and I got no money anyway. Mabel didn’t work or earn anything and was very grouchy about it towards the end of our relationship.

One day, I came home from work and Mabel and Tyler had packed their bags and told me they were leaving because she ‘needed someone to look after her properly.’ Tyler stayed with his Mum most of the time. She brought him round to visit occasionally, but he seemed to hate spending time with me. He loved Trent, his professional new dad. Trent apparently took him on his boat and taught him to play cricket and let him try sips of beer. Trent was famous on the TV and earned Mabel her fortune. Mabel was so much happier with Trent.

The phone rang again, harsh and loud, and I hurled the photo to the other side of the room. The glass smashed and I suddenly felt so relieved and free. RING, RING. All of the baby photos were shattered on the ground. RING, RING. The clock was flung into a corner, parts flying everywhere.

The only item left on the mantelpiece was a photo of Mabel and I dressed up as Mr and Mrs Christmas. But we weren’t Mr and Mrs anymore and I was letting go of the ‘Santa Claus’ firm and so that photo was smashed too. The firm was closing down entirely because nobody wanted it; there were plenty of rip-offs of it already and the workhouse and the dwarves were nothing to be proud of. I didn’t have anything to be proud of anymore. I looked around my lounge, trying desperately to prove myself wrong, but I’d just thrown away all the evidence of my family, the only things I was proud of. I rolled my eyes, annoyed at myself. It had felt like a good idea to smash everything up at the time, but now I had to sweep up all the glass and throw away the photos. The glass had rebounded everywhere and I expected I’d be finding fragments for years to come. I went to go and retrieve my dustpan and brush and maybe some gloves, when the voicemail for that call went off. “Please continue, Santa. Please...” A little voice squeaked and then the phone became silent. I stared at it for a moment and then sighed more heavily than ever. I couldn’t keep it up, not just because of finances, but also because I was getting too old for it. I’d have to get some other job...

As I returned to my lounge with gloved hands clutching a dustpan and brush and started sweeping up the glass, I remembered my milk. I took a long draught – and it tasted so much better than I thought it would. Soft, creamy liquid gushed down my throat. I swallowed and felt full and fresh. I’d never felt that way before and the realisation of all I was leaving behind by giving up the firm hit me. I wished I had the money. If I had money, Mabel would come back and I could buy Tyler manly presents and engage him in sports and I could keep my job and drink my milk and avoid the many hateful calls and emails I was going to receive. But in reality, I knew that Mabel would only love the money, Tyler would love a different me and all the little kiddies I delivered presents to would love just that: the presents, not me.

So this is the story of Santa Claus and this is how it ends. Merry Christmas. 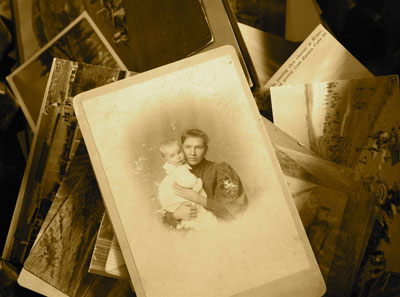 View profile
This is so sad. :( Totally beside the point, but I lost what I thought had been a close relationship with someone named Tyler this past year, and of course, that made the story hit home for me. As far as your writing goes, though, I loved the flow of it, the way you used the milk at the end to symbolize a change, and the balance between action and reflection in the piece. I don't actually celebrate Christmas, but this kind of made me miss Santa. :) Well done!